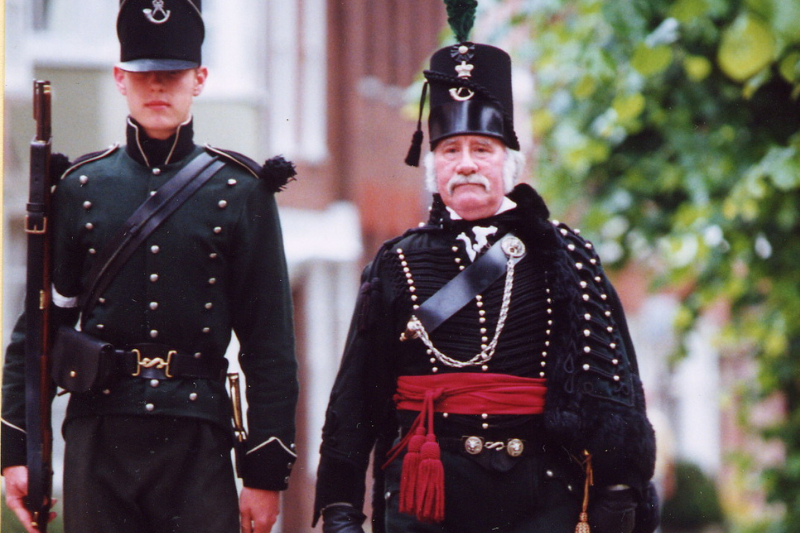 Over 13 million people tuned in on Saturday to see the funeral of Prince Philip and the spectacle of the armed forces marking this special event.   One aspect of the procession of the armed services stood out, because of the plainness of their garb and the rapid marching was that of the Rifles, of which Prince Philip was the former Colonel in Chief, a post now held by the Duchess of Cornwall.

This Regiment has a 221-year-old history that has its origins in Horsham in West Sussex, as recounted by the Curator of Horsham Museum.

The world’s first Rifle regiment was formed in Horsham towards the end of the French Revolutionary Wars after the 1802 peace treaty failed and it morphed into the Napoleonic wars. Its birth pangs as recounted below were tricky, but once formed it had an illustrious record.

In December 1799 the Duke of York announced that a camp for training elements of the regular army was required, including;  “a Corps of Riflemen by detachments to be returned” to their battalions “when properly instructed and the exercising of the five Regiments together as a Light Corps”. There then followed a debate amongst the military strategists as to how the specialist marksman, a soldier who had shown his worth in America and agreed a necessity, should operate within the structure of the Army. Should they follow the Austrian model and have them mixed in with the battalion, or follow the Prussian model and have them as a separate single specialist corps which would support the light infantry? In the end, the Duke decided on training just a small body of men from every battalion to act as sharpshooters.

On 17 January 1800 he ordered that 14 regiments were to detach 30 privates, two corporals, two sergeants, one ensign, one lieutenant and one captain “to form a corps of detachments from the different regiments of the line for the purpose of being instructed in the use of the rifle and the system of exercise adopted by soldiers so armed”.  It was made clear that, once trained, the soldiers would return to the regiments and another 14 regiments would send troops. The Duke also instructed that only “such men as appear most capable of receiving the above instructions and most competent to the performance of the duty of Rifleman” should be sent; some regimental commanders saw it as an opportunity to send some of the worst men.

The next question was: where would they be sent for training? It was decided that Horsham offered the best facilities, perhaps because of the large training field that would later acquire the name “barrack field”; not where the barracks were built, but where men from the barracks trained. This is now where Horsham Cricket Club is located. 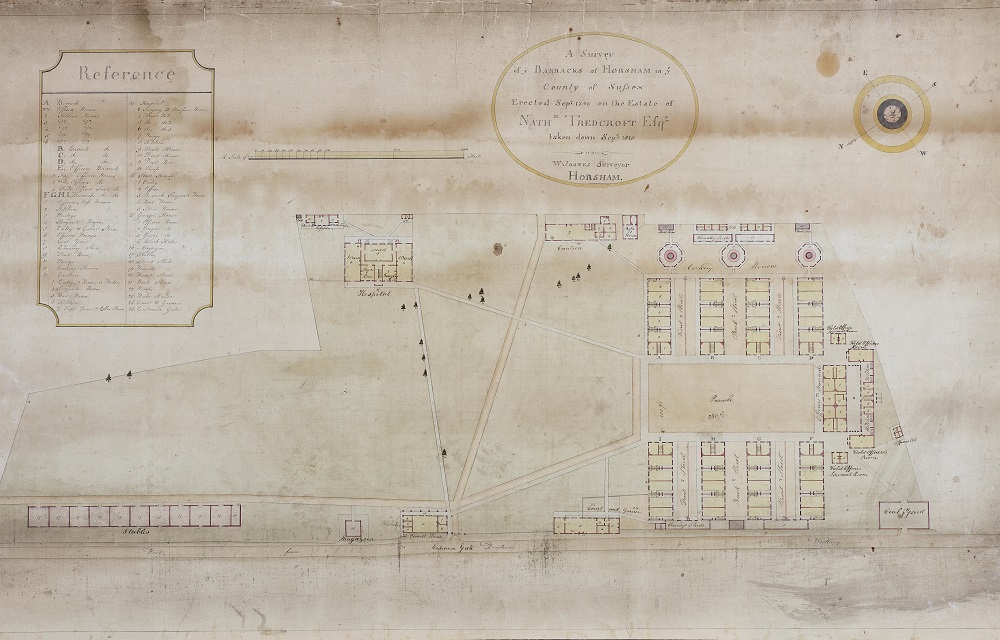 In early February, eight of the detachments had arrived at Horsham;  the Duke, as Commander in Chief, forced the other six detachments to be sent, only to notify five of the colonels that all 34 of the men they sent were “unfit for Service” and so to send “good and serviceable men”, whilst some individuals from the remaining regiments had to be sent back. By late March 33 officers and 510 men had been selected, and on 1 April 1800 the first parade of the “Experimental Corps” took place in Horsham. A month later they were marched to Swinley near Windsor Forest for intensive training. Horsham’s role in the formation of one of the great regiments of the Napoleonic war; the 95th has slipped from the town’s memory, until 2000 when a memorial plaque was unveiled in the Parish Church.