All You Knead Is Flour 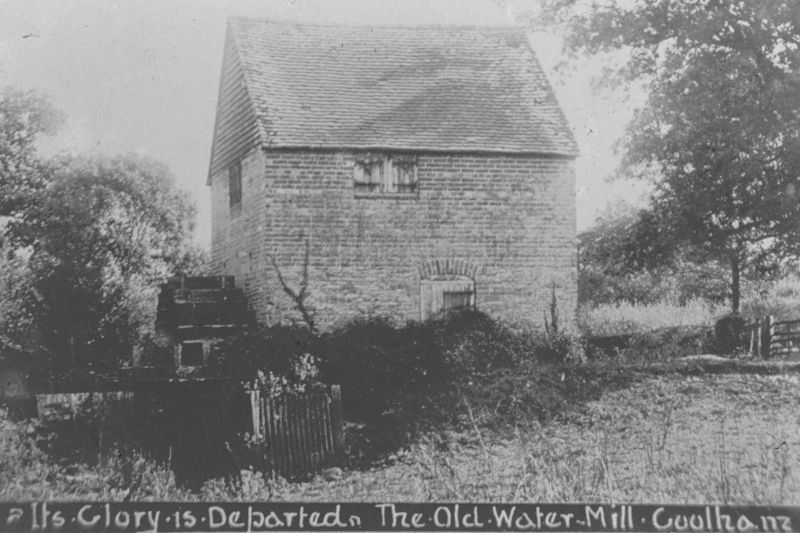 With The Great British Bake Off back on our screens, supermarkets and grocers across the land are preparing themselves for a surge in demand for one product - flour, a staple that has seen a rise in demand ever since COVID caused the public to look at baking again. This week we explore the history of flour and milling in Horsham District.

Today most flour comes from big producers, but in the recent past flour was milled and ground locally, and it has a fascinating history in Horsham District. In the tradition of Bake Off, what follows is a light fluffy tale with no soggy bottoms to clog up the digestion. There will be no stories of the first grinding stone dating to the iron age being found in Chesworth, or the windmill that was built in that decade. If you want that detail, consult the superb books available to purchase by phone from Horsham Museum! 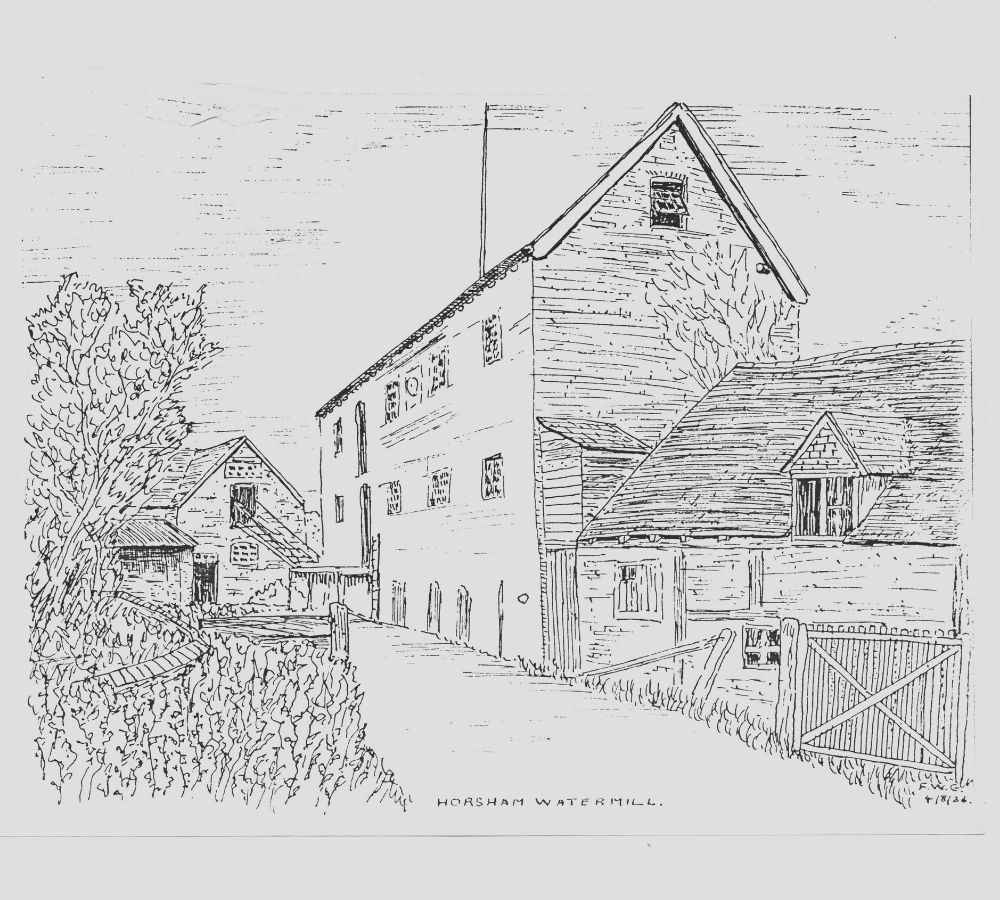 For this week’s technical bake, we have a few ingredients and very little instruction. First, we have the raw products, which, from the 18th century onward, were cornfields. The harvesting of corn has caught the eye of many artists through the centuries, providing a useful record the changes in farming. We can chart the move from abundant fields, through improved crop production and the honest toil of the farmworker, up to the fetid industrial world. Bake Off itself portrays this rural idyll by filming the competitors in a tent in the countryside. One of the paintings we have is a watercolour of cornfield near Horsham by Vincent Lines. 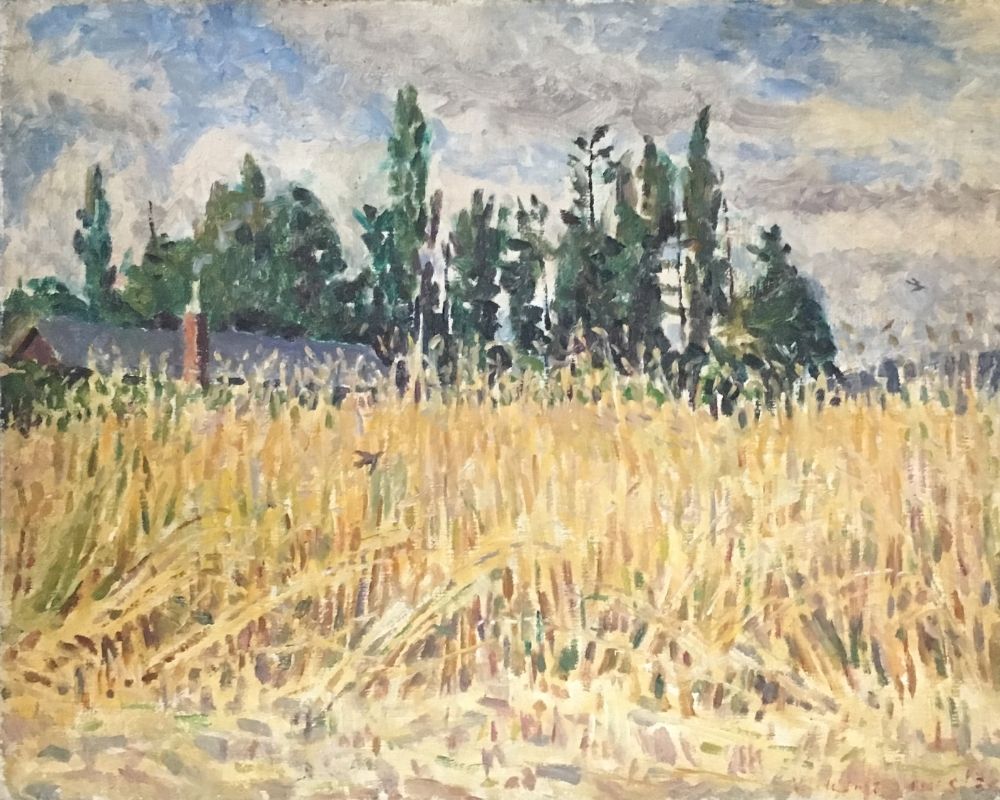 Next, we have the equipment, be it mixing bowls, utensils or storage jars. For our floury creation we will need stone mushrooms (those odd-looking things that garden centres sell) as they were an important pest control device. Granaries would sit on top of six or eight of these stones, and while rats and mice would run up the stone stem, they could not go upside down to get around the mushroom-shaped top so the grain was safe in the wooden barn. Another ingredient we will need is a barn. Some very large ones, called tithe barns, were where the Church held one tenth (or tithes) of the goods produced locally. One of the finest examples in the country can be seen at Sullington Manor near Storrington.  At the beginning of Queen Victoria’s reign the tithe was changed to a cash payment rather than goods. As a result of this change a massive undertaking began to map every field and property, and record which owners were liable for the charge. The tithe maps do not cover the whole of the country, but a number of places in Sussex are covered. 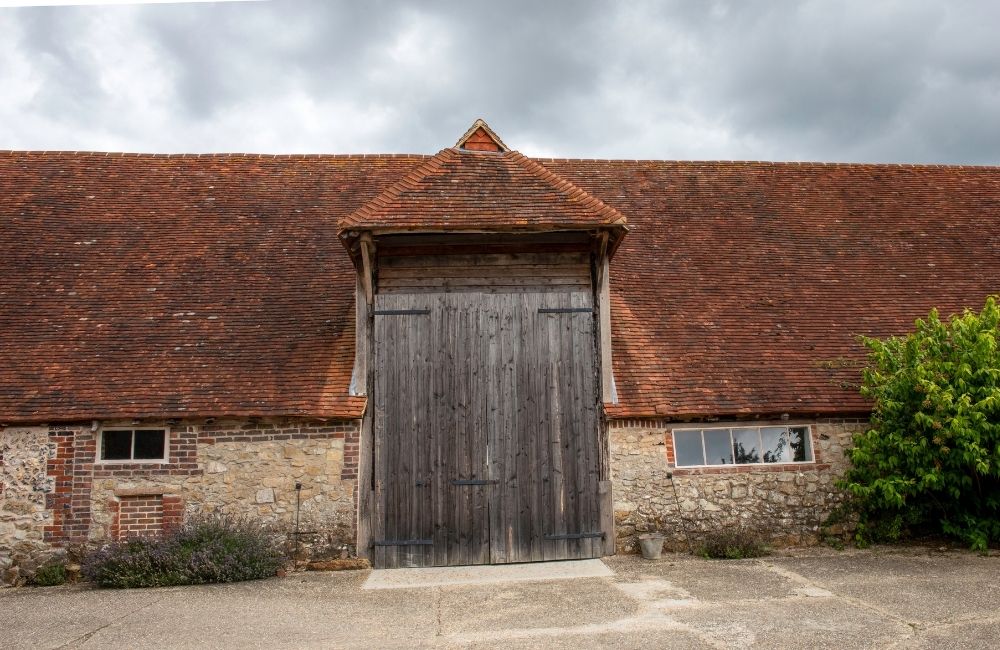 Now we move on to the mixing of ingredients. In the past bakers used elbow grease, now we have machinery such as electric mixers. It was much the same with making flour – instead of hand or horse ground grain, medieval man used watermills and, from around 1130, windmills. One of the first recorded windmills in Britain was at Amberley in 1180. From now on, instead of using water to power the millstones, wind was used. Windmills sprang up across the District from the 18th century onwards, wherever there was a strong wind and demand. Windmills also became prominent landmarks, being the tallest structures apart from church spires or castle towers. These unusual buildings caught the imagination of 19th century artists who showed the windmill in all its glory, man capturing the untaxed wind. Milling was not a man’s world; windmills were often run by women, so Trumpton should have had wife!  As well as having one of the oldest windmills in the country at Amberley, Horsham District has one of the youngest, Shipley Mill. Now no longer open to the public, it was erected in 1879, 700 years after Amberley Mill. 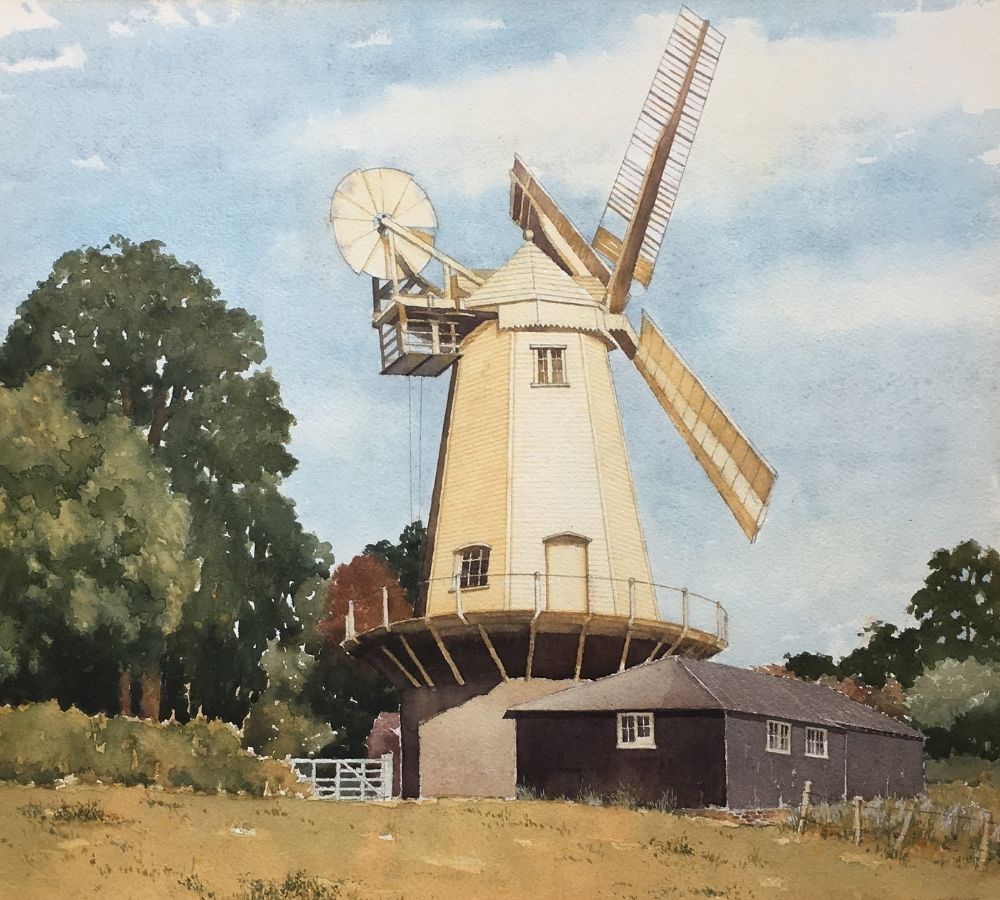 Watermills, although older, are less common. This is because water was taxed but wind was free. The Pope did try it on once, saying the wind was God’s doing. Horsham Town and District had a number of mills along the local rivers, and today the setting makes perfect homes, such as those at Prewetts Mill in Horsham town centre. Remarkably two watermills have had similar post-working life. Both Warnham Nature Reserve and Woodsmill, lying between Henfield and Small Dole, have a watermill on their sites. The waterways now provide an ideal habitat for nature.

Therefore, just like Bake Off’s technical challenge, we have the ingredients and the machinery, now we just need to weigh the goods. Exact measurements are important in farming, just as in baking. Grain was measured in bushel measures. Horsham bought their measures in the 1790s, and then later a number of fine brass ones were bought by the markets to ensure accurate measurements, before having them approved by the County.

So there you have it. Flour, the key ingredient of any baking show, and a product that has left a trail of objects and images that see it moving from grain to product over the last 800 years. 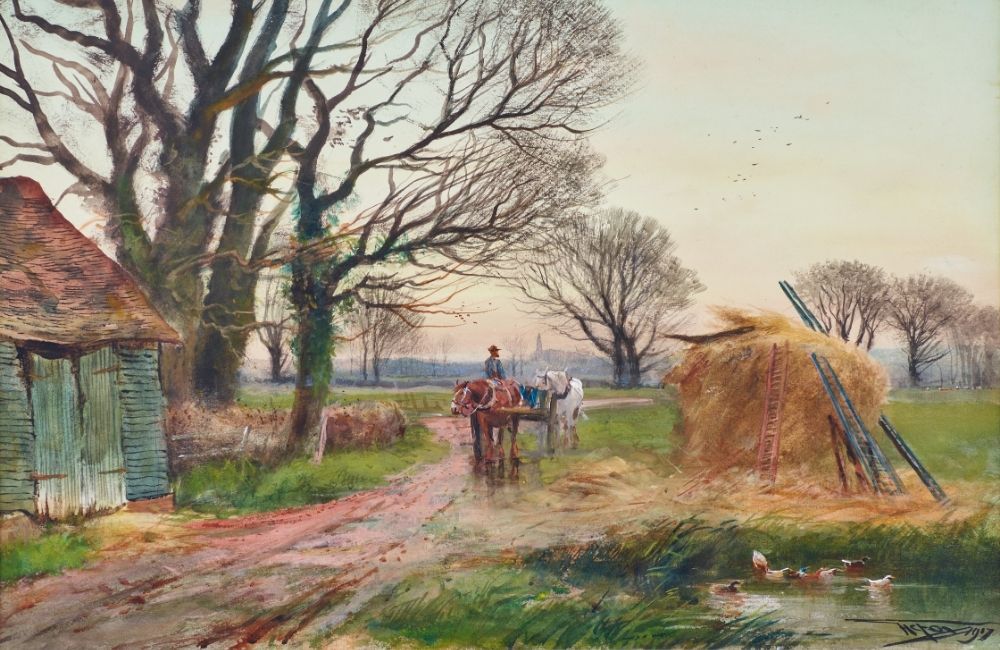