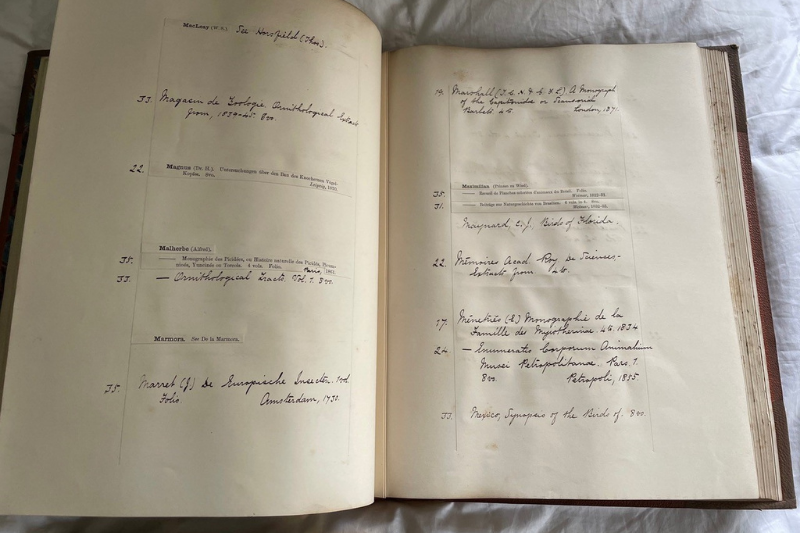 Horsham Museum & Art Gallery have bought two fascinating library catalogues that allow the reader to re-create the intellectual workhorse of Frederick DuCane Godman of South Lodge. This is thanks to the generosity of the Arts Council England/V&A Purchase Grant Fund, the Friends of National Libraries and the Friends of Horsham Museum.

You walk into someone’s home, or see them in a zoom meeting, what catches your eye are the books on the shelf. You browse through them. We all do it, but why? Because it helps us to understand the person better. Do they like to read what we like, are their interests the same, what stands out? Reading the bookshelf is like looking at an index of someone’s thinking. Now thanks to the generosity of the Arts Council England/V&A Purchase Grant Fund, and the Friends of National Libraries along with the Friends of Horsham Museum, we can read the mind of this country’s great Victorian collector, scientist, explorer and philanthropist. Thanks to the support of these organisations Horsham Museum & Art Gallery have bought two fascinating library catalogues that allow the reader to re-create the intellectual workhorse of Frederick DuCane Godman of South Lodge.

Along with the two important library catalogues Horsham Museum & Art Gallery have also acquired one of those books that lay on the library shelf, an album of 43 botanical drawings illustrating plants from India and beyond. Not only is the album a work of art but also evidence of an enquiring scientific mind shown through the annotations of the stunning drawings.

All three works are an incredibly important addition to Horsham District Council’s Horsham Museum & Art Gallery Godman Collection.  A collection that thanks  to the generous support of the donors and a group of volunteers is helping to understand and recreate the world of a largely forgotten Frederick du Cane Godman, a multi-faceted  Victorian whose interests were so broad that to grasp the range is hard to do in today’s world of specialists.

Frederick DuCane Godman DCL FRS FLS FGS FRGS FES FZS MRI FRHS, to give his full title, built South Lodge on the outskirts of Horsham. His wealth came from his brewing interests but, rather than being self-involved, he looked out on the world and used his wealth to further our understanding of it. Charles Darwin proposed him for election as a Fellow of the Royal Society in 1882. He was a Trustee of the British Museum, a Member of the Royal Institute, President of the Royal Entomological Society, Vice President and Fellow of the Zoological Society, Board Member and Fellow of the Royal Geographic and Geological Societies, Fellow of the Society of Antiquaries of London, and Secretary and later President of the British Ornithological Union. The University of Oxford awarded him an honorary degree, he was also an Honorary Member of the American Ornithological Union, and a Fellow of the Linnean Society, the oldest and most revered Natural History Society in the world. He was awarded the Linnean Society’s gold medal for excellence in 1918 shortly before he died.

South Lodge, today a hotel that gained international fame as the place where world financiers met to sort out the financial crash of 2007, was at the heart of Frederick’s life and at the centre of it was the library. We know a lot about what Godman did as a member of all those organisations, but little of what he thought survives. Now thanks to the two library catalogues, one of a library he jointly owned with his great friend and fellow ornithologist Osbert Salvin, the other of South Lodge, open up his thinking, his influences and his intellectual network.

The books he owned and valued tell us so much more than just the contents. Not only do the catalogues show the books he did own, they also show what he did not own. Today forensic computer analysts search the web to get into the mind of an individual, in Godman’s time the well-stocked library was his personal worldwide web held within four walls, for he was wealthy to buy any book he wanted.  As the album of botanical plants reveal, he used those books to research, in this case the drawings by a yet unknown artist. Evidently, he valued the collection enough to put it in his library in his home, stamped with his seal of approval, the Godman bookplate.

Frederick was a great collector in an era of great collectors, and at a time when Britain was the dominant economic power. Though he could easily have acquired the “trophy” items, where it is the statement of possession that is more important than the item, he didn’t. Instead he bought items because he was interested. The academic piece was more important to him, and if through his research he could build the knowledge so much the better. Today findings would be published online but Frederick published his in journals and in a variety of outstanding reference books which are models of design, illustration and message.

He was interested in illustrations, both as works of art and works of science, so he collected outstanding examples such as the Gould watercolours of birds. The album the Museum has just acquired reveals another interest, botanical illustration, an area that the Museum already has a strong interest in and holds a collection of contemporary examples complimented perfectly by this album.

Frederick was a known collector of Persian pottery, which he gave to the British Museum, one of the most generous gifts ever received by the Museum. He was an outstanding ornithologist and his collection is now housed in the Natural History Museum, whilst his research interests continue through the awarding of the Godman/Salvin medal. His wife’s bejewelled necklace is now worn by HM the Queen, having been given as a personal gift, and his orchid collection was given to Kew. These great benefactions were given to the nation on his or his daughters’ deaths. 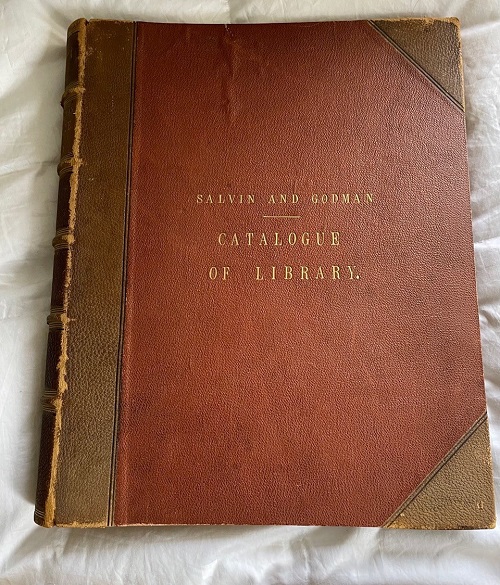 Interestingly he was not known as a bibliophile, or lover of books, and he is not recorded in the list of great book collectors. This is possibly because he did not acquire the trophy items, such as the first edition of Shakespeare for example. Yet he showed a strong interest in the design of his books by paying for top illustrators. The bindings of his books show that he “loved” books and the library catalogues reveal that he was a genuine bibliophile, an area of research that is now made possible by the acquisition of these two catalogues.

The library was an integral part of the house, passed to the inheritor of the estate. Over a number of years parts of the collection were sold off, attracting auction bids from around the world. In 2019 the book dealer Nigel Burwood bought up a large portion of books unwanted by Christies, the last part of a 30-year process of dispersal. Just 18 months later due, to good fortune, he offered the two library catalogues and the album to Horsham District Council’s Horsham Museum and Archive, where museum staff were working with the British Museum and the Natural History Museum to hold a major exhibition on the district’s largely forgotten collector and scientist. That exhibition was delayed by COVID but will now take place in 2022. Fortunately for the Museum, the Arts Council England/V&A Purchase Grant Fund could awarded it £2,700, the Friends of the National Libraries £2,000, the Friends of Horsham Museum £600 and a private donor £100, whilst Nigel Burwood graciously reduced the price so that for £5,400 the museum could acquire three great additions to its collections. The donors’ agreed that the Museum was the right home for the catalogues and the album as the library building still exists at the heart of South Lodge, though denuded of books, and the album shows just how the library was used whilst also being a great work of scientific art. These fascinating new acquisitions are three incredibly important items that will help future researchers explore the mind of one of this country’s greatest collectors/explorers. 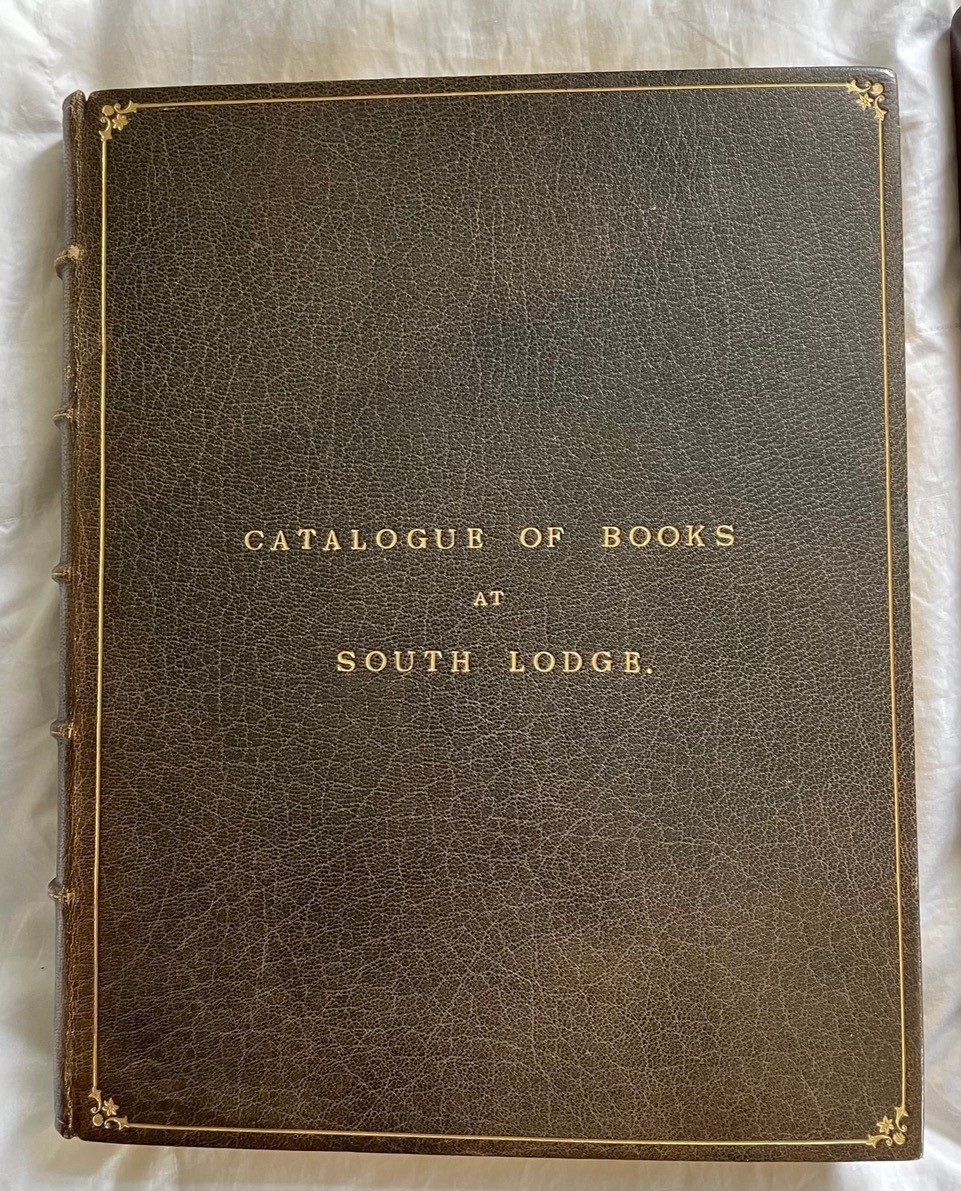 All three items will feature in the forthcoming 2022 exhibition alongside a copy of Tennyson’s poems signed by the author for Godman’s first wife, which Nigel has generously donated to the Museum. However, the library catalogues and images from the botanical album will be on display in the museum’s permanent galleries that open this summer, whilst all three will be available to researchers fascinated by Frederick DuCane Godman. They will be the foundation of a greater understanding of a remarkable man. 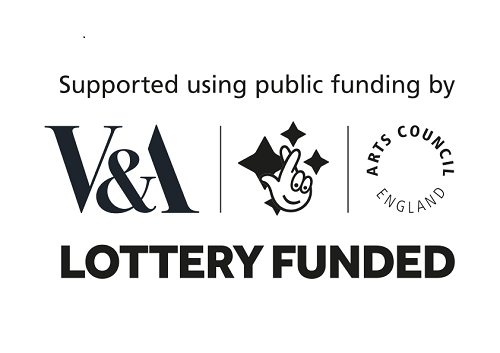 The Friends of the National Libraries (FNL)

Is the only UK charity that focusses solely on supporting acquisitions by regional, specialist and national archives, libraries and collecting institutions enabling them to buy rare books, manuscripts, archives and fine bindings (