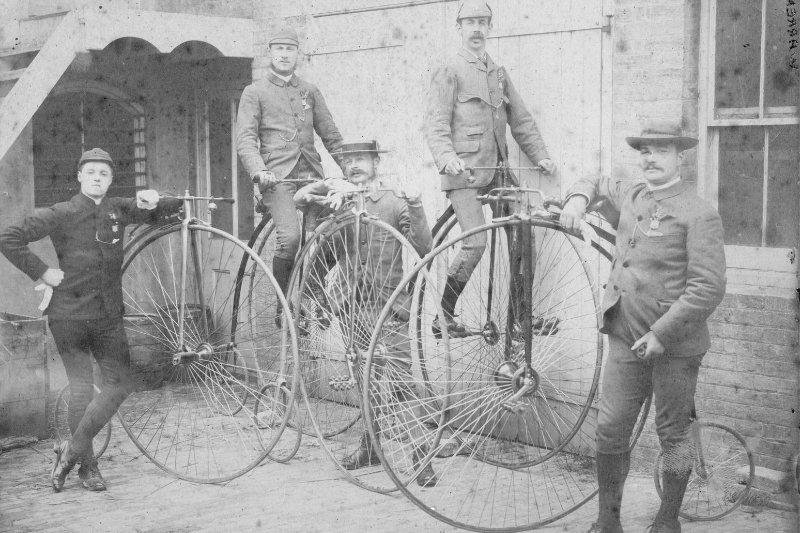 This week's blog looks at the cycling craze that took off in Horsham using a range of images from our collections.

The nation is currently gripped by cycling, with the sport given a new boost by government funding, so we thought we would look back to 160 years ago when the country was wrapped up in a similar cycling fever. The relics of that passion, creativity and daring are on display in Horsham District Council’s Horsham Museum & Art Gallery. As the museum is temporarily closed, thus, our extensive collection of bicycles is not accessible to the public; we have included a number of pictures to illustrate the article.

In the heart of ancient Sussex is one of the country’s best displays of sheer enthusiasm and practical inventiveness to combat the problems of cycling; from bumpy roads, lack of chains, carrying bulky parcels, to extra-long and short legs, not to mention the bulky woollen clothing (there was no Lycra back then). No matter what the problem, Victorian inventors tried to solve them. Their ingenious efforts make a fascinating display for 21st century cycling and non-cycling visitors.

So how do you solve a problem of bumpy roads with no tarmac? Simple, you put a row of springs around the wheel! How do you carry bulky goods on your bike with ease? If you are Horsham born architect and inventor Edward Burstow, you create an iconic Horsham bike, the Pentacycle. The Pentacycle, also known as the Hen & Chickens, was a 5-wheel bike (one large wheel and four outriders) bedecked with large baskets. A delight for local postal workers and the public, the Pentacycle was unfortunately a design dead end. 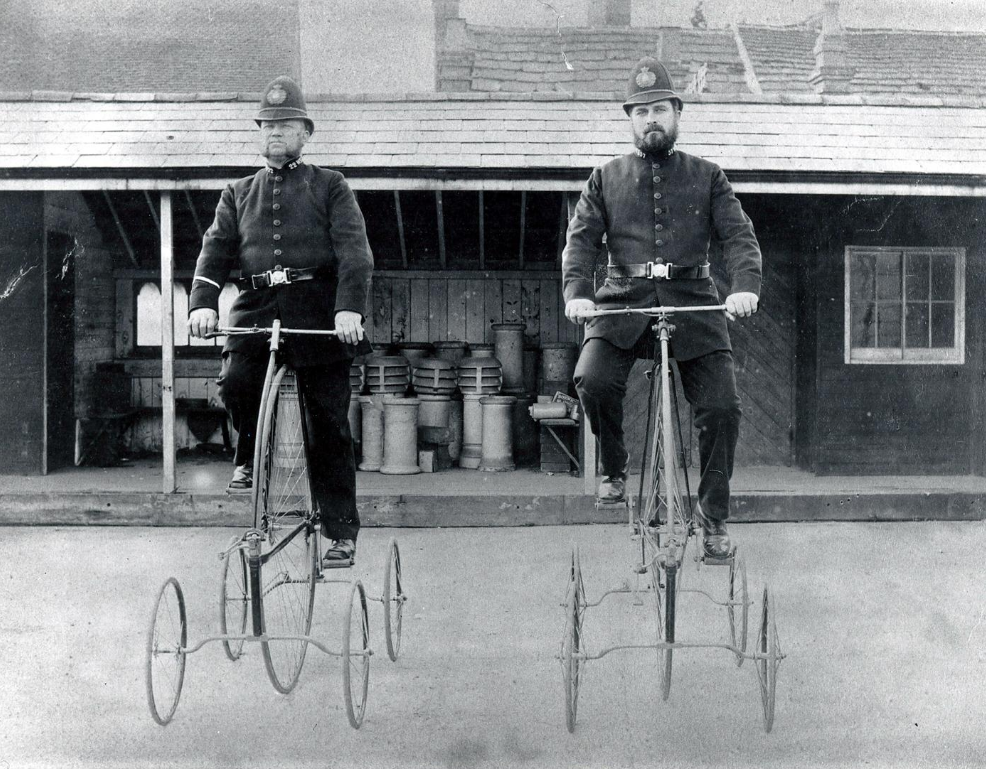 To match the creativity of bike designs manufacturers often came up with interesting names for them. Some, like the Pentacycle, drew on Classics, as every self-respecting cyclist knew Greek or Latin. However, the Crypto Bantam bicycle, designed around 1893, sounds more like a strange chicken than a bike. This cycle, along with the unusually named Velocipede and the Ordinary, as well as the popular Bone Shaker and Penny Farthing, are amongst the bikes on display at Horsham Museum & Art Gallery.

For those that were less athletic, but equally keen to get out and about, the Victorians had the Bath Chair. The tricycle was created for those slightly more mobile, and on display is the fantastic Trudge model from 1885. The Trudge was originally designed to be a side-saddle cycle for women. After all women used the side-saddle for horses so why not on the bike? The tricycles proved to be a great success as they allowed mobility for the more sedate person. 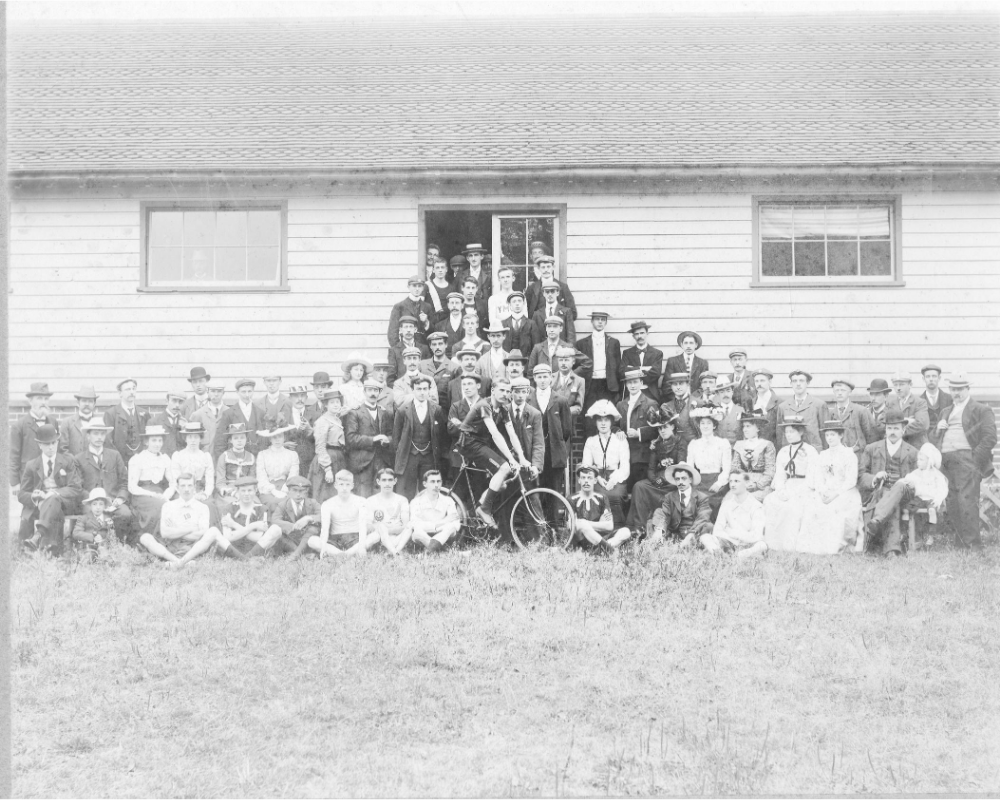 The museum also has contemporary accounts of the reaction to developments in cycling. The September 1869 issue of the Albery Journal saw the editor comment on something he had seen growing in popularity in Horsham, the cycling craze. This comment might have been born out by what the editor saw in Crawley in August of that year. The event took place in a meadow in Crawley on 31 August. An estimated 3,000 to 5,000 spectators watched the main event of the day, a walking race. The novelty event was a two-mile velocipede race, 6 on bicycles, one on a tricycle that broke soon after it started. Prudames from Horsham was in third place towards the end of the race when he “capsized”, enabling his business partner to take the 3rd place.

The novelty of the sport was such that they had no terminology for accidents, so adopted terminology from other sports such as boating. However, what concerned the paper was not the race, but the bad management of the railways when the Horsham train arrived half an hour late leading to a crush on the train and total disregard for 1st or 2nd class passengers: 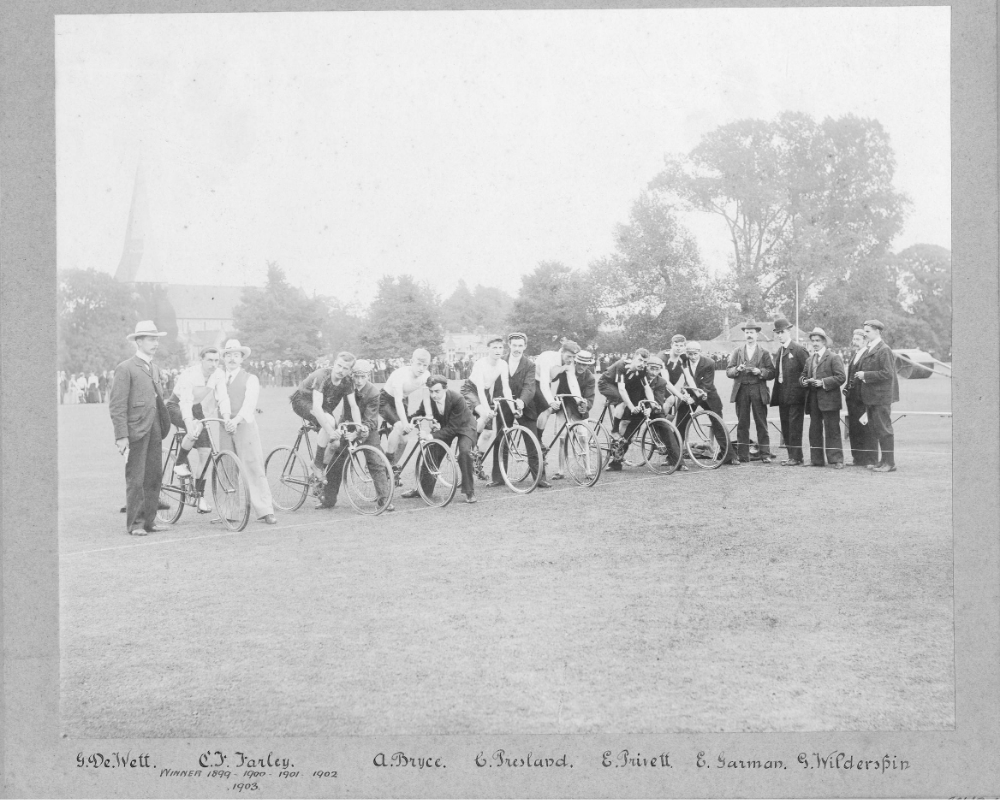 “Velocipedes, bicycles, and tricycles, are very popular in this neighbourhood just now. They are, we understand, being tested by the rural post messengers, with a view to their ultimate introduction for the benefit of those hard-worked and poorly paid servants of the Queen. A large number of boys and young men are constantly practicing in the neighbourhood of North-street and Carfax on these new-fangled riding machines, which are let out to them by the hour by enterprising tradesmen. The movements of these would-be velocipedists are watched by many spectators, who, as is natural, find amusement in the accidents and over-turnings which, it seems, are the penalty all beginners have to pay….no fault can surely be found with them for choosing to spend their money this way, especially as they afford so much innocent amusement to lookers-on.” The editor then goes on to hope that the young men would show such “pluck and perseverance” in face of “rebuffs, difficulties, and ridicule, in the attaining of other objects equally worthy and not less profitable”

Within 30 years the motor car would be the new craze. Yet that did not stop one publisher producing a large, fully illustrated weekly magazine, similar in style to Country Life called The Cycling World Illustrated. The Museum fortunately has the first 26 issues. It is a wonderful window on to the fashion for cycling. Attached are some of its many illustrations. 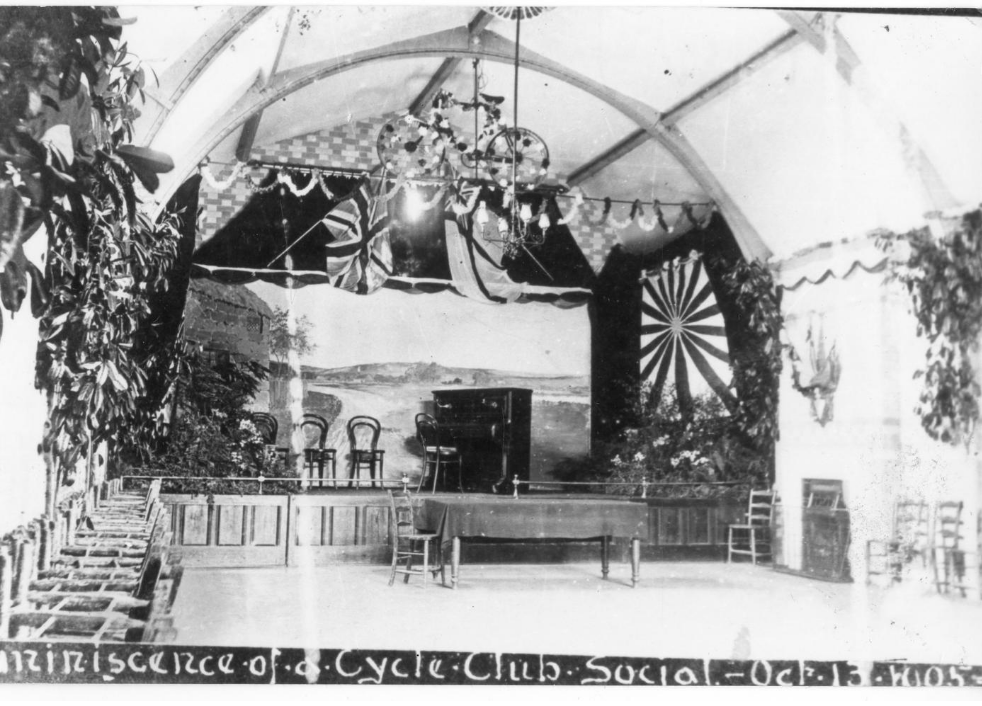