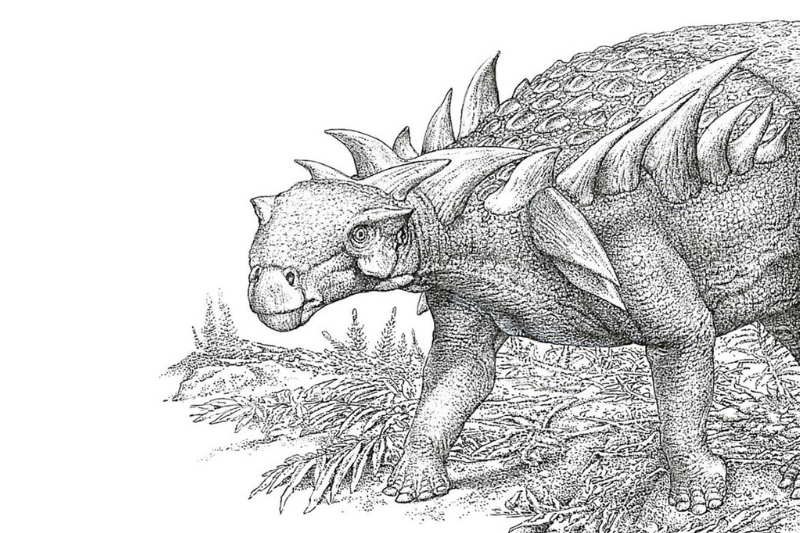 This week, Visitor Services Officer, Helen Leary asked the Assistant Curator, George Graham, about his favourite objects in the collection.

Since Horsham Museum started collecting in 1893 , its collection of objects has grown immensely. From local to national and cross-national, its variety offers something suitable for everyone’s interests. Throughout 2022, visitors experienced the opening of three exhibitions and the re-installation of our medieval artefact collection, that exhibits the Shipley Reliquary on loan from Shipley Parochial Church Council . 2023 brings more opportunities for changing displays as we reveal more of the collection.

The serpent was a brass wind instrument, sort of an ancestor of the tuba. Unusually for a brass instrument, it was mostly made from wood. Whilst they are rarely seen outside of museums today, in the 19th century it would have been a common sight in churches and in village bands. The serpent is a good representative Horsham’s rich history of folk music, which can still be found today.

The serpent in our collection belonged to Jury Cramp, a well-known Horsham trader of the 20th century, and was donated in 1930.  It is on display in our Discover the District gallery. 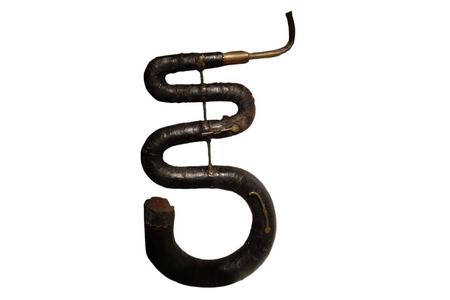 Frederick DuCane Godman built and lived at South lodge, near Cowfold. He was a dedicated natural scientist, as well as a prolific collector. Among his many passions was a keen interest in horticulture and botany. He was particularly fond of orchids and had a significant collection.

Godman’s book of botanical illustrations came from his library at South lodge and is annotated with his notes. It is a good example of how he applied the same scientific approach for his work to his private collecting. 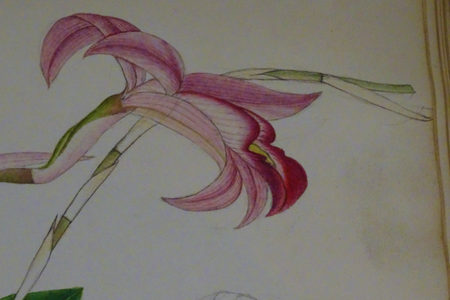 On display at Horsham are bones of one of the Iguanodons found in the Horsham district. Iguanodon was only the second animal to be recognised as a dinosaur and given a name, and the very first teeth, after which the Iguanodon (meaning Iguana-tooth) was named, were discovered in the district.  They were found by George Bax Holmes, a famous Victorian fossil collector who lived in Horsham.  The Iguanodon was found in 1840 when St Mark’s Church was being built.

Later specimens with more complete skeletons were discovered, both in Horsham and elsewhere, and one of the Horsham finds was used as the reference for the Iguanodon at Crystal Palace. While best known now for their inaccuracies (the famous thumb spike being placed on the nose) these were the first life-sized recreations of extinct animals and are a landmark of the history of science. 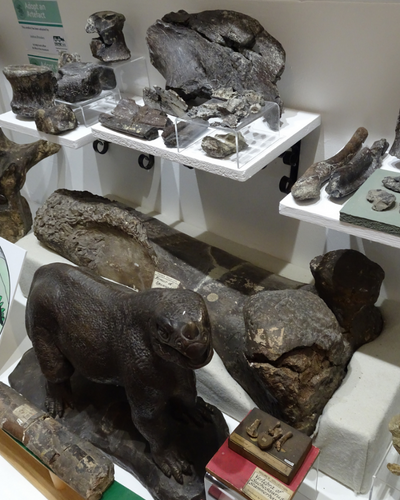 On 17th of February 1945 a British Halifax bomber, heading out to attack a target, caught fire in the air over Horsham district and crashed in Mannings Heath, killing two of the crew and injuring three others.

The broken parts of the bomber are a sombre reminder of the war’s impact on Horsham, and can be seen in the World War Two Gallery.

Horshamosaurus lived in the early cretaceous (around 125 million years ago), was estimated to be around 5 metres long and would have eaten low growing vegetation. It would have had thick armour plates and bony spikes to protect it from predators. 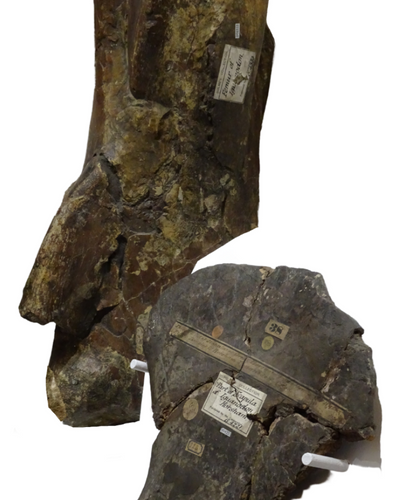