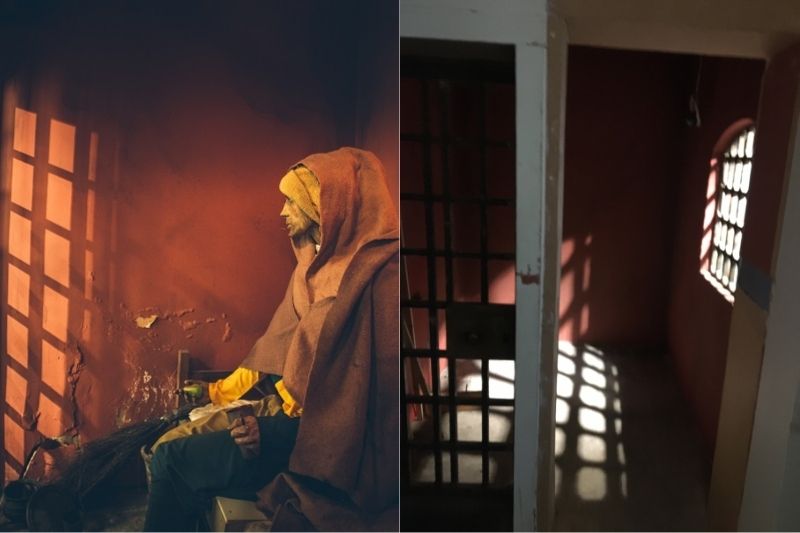 After serving 20 years of an indeterminate life sentence for a crime no one can remember, a Horsham prisoner has escaped. Here, we take a look at other famed escapes and the history of the Horsham jail

For over 20 years, he has sat in a cell in solitary confinement sleeping on a wooden bed, thin mattress with yellow and green prison uniform. So it is no surprise that the only pleasure the Horsham prisoner had in life was frightening children - and some adults - who let out a scream as he lurched left or right. Many did not want to face this hardened criminal (hardened by being coated in plastic), a glamorous 1970s shop dummy that through the ingenuity of a volunteer moved and drank, without warning.

We should not have been surprised that the prisoner escaped after all this time.  As part of the Museum refresh the Museum deliberately created an open door and left it open for weeks. The museum curator’s excuse was they were working on the space to allow children to be photographed behind the 1780s metal door with its latticework iron frame, a rare survival from the state-of-the-art Georgian prison built in Horsham in the 1770s, but pulled down 80 years later. They did not expect it to happen. After searching high and low, they think the prisoner escaped in the giant skip and joined the dustbin of history.

This though, is not the only prisoner escape recorded in the annals of Horsham history. Horsham Gaol was noted as a place you could escape from...

In 1288 the town was held responsible for the escape of a Kentish horse thief caught at Bramber. That was from the town’s small lock up. Some 300 years later, probably through bribing the gaoler, six men escaped from the county gaol in Horsham in 1598. This was one of 8 gaol breaks the gaoler was prosecuted for.

Then there was Gaoler Richard Luckins a “notorious drunkard, quarreller and blasphemer, who kept a thoroughly disorderly house at the George Inn near the gaol. He was accused in 1645, among other things, of extorting unjust fees, of “allowing prisoners to escape and of dabbling in black magic”.

Then in 1739 the Gaoler was prosecuted for allowing 11 prisoners to escape as he was serving them ale. Normally the ale was served in small jug through the hatchway in the door. This time the pitcher was too large and the men ran at him, knocking him over and escaping; only one was recaptured.

Caught in the act

In 1774 John Howard the leading Gaol reformer actually stopped a gaol break whilst surveying the gaol for his forthcoming report. As he reported: “When I went unto the Horsham Gaol with the keeper, we saw a heap of stones and rubbish. The felons had been two or three days undermining the foundations of the room and a general escape was intended that night. We were but just in time to prevent it, for it was almost night when we went in”.

When John Howard put forward his suggestions for a new type of Gaol, which Sussex followed when the County gaol was rebuilt in the town, he proposed a single cell.

I wish to have so many small rooms or cabins that each criminal may sleep alone. . . If it be difficult to prevent their being together in the day –time; they should by all means be separated at night.

He went on to argue that separation at night would stop plans for escape being hatched amongst other things. That’s why Horsham’s prisoner had a cell to himself. The metal framed door and window on display in Horsham Museum come from that new prison, which was a tourist attraction when it opened in 1770s.

What's next for the prison?

The new arrangements for visiting the Prison will be announced soon, with an expectation that visiting rights for tourists will be in place when the Prison re-opens in late September, though gawpping at a prisoner will no longer feature in the entertainment, but making a fool of yourself  to entertain your friends  on social media will be allowed