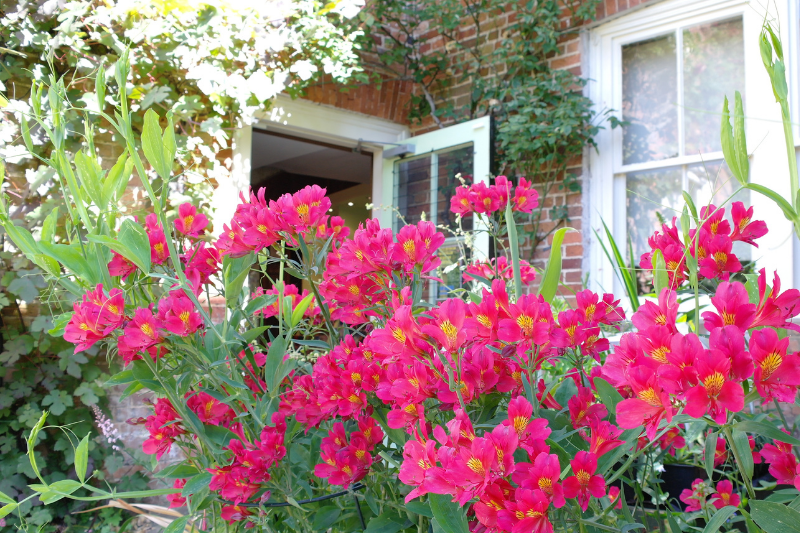 For National Gardening Week (April 26-May 2) we wanted to share with you some insights on Horsham Museum's Garden written by our volunteers who work tirelessly in the garden whatever the weather to maintain its stunning appearance!

It is always a pleasure to spend some time in the Horsham Museum's lovely walled garden. It is a peaceful, relaxing space where you do not imagine yourself to be in the heart of the town.  It is an additional 'room' of the museum where the planting contains herbs, historic plants and other plants of interest.
The garden was first developed in 1981, and has been attended by a team of gardening volunteers since February 2004. Like any good garden it changes are made over a period of time to encompass new ideas and updated planting. Nowadays it takes on a more 'cottage garden' appearance rather than a strictly formal one though the planting is arranged and structured so that there will be something interesting to view at any time of the year. 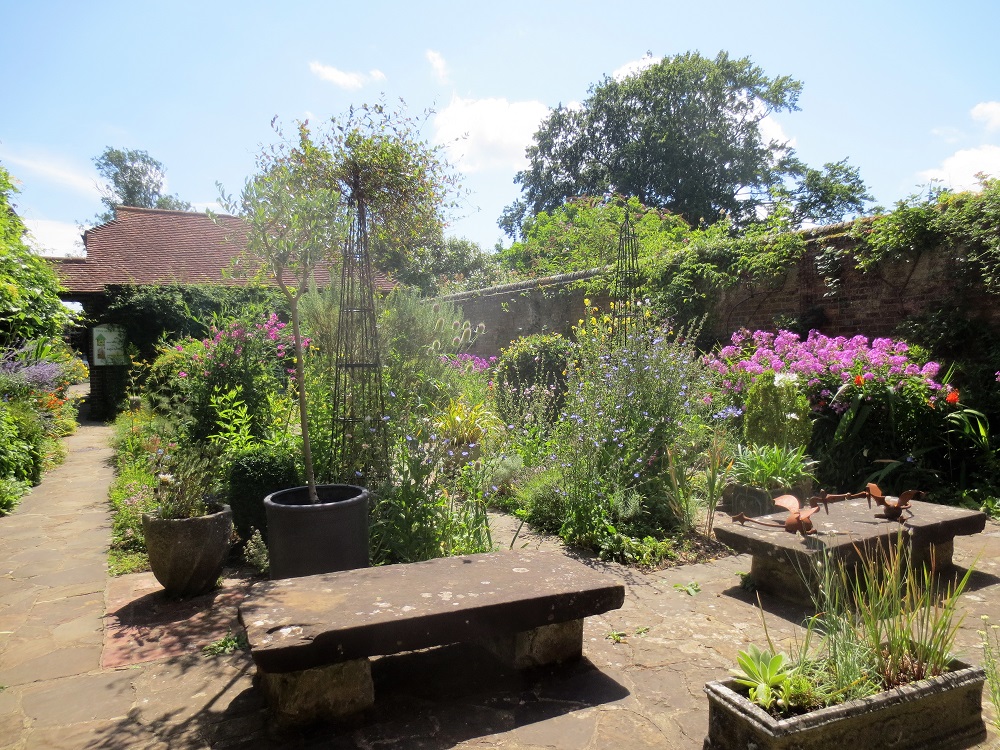 The impact of Covid

Like any other aspect of life during the Covid pandemic in the last fifteen months the garden has suffered from a long period of  being starved of maintenance.  The garden team of volunteers are working hard to revitalise and bring the garden back to a blooming brilliant state by the time the museum is able to re-open to the public later this year.
The beds in the middle of the garden are containing herbs often previously used for  medicinal remedies, culinary and strewing herbs, with a mix of fragrant and historic plants.  Roses that are in the garden are examples of those that evolved through the centuries from the Middle Ages to the 20th Century: There are Gallica roses in the form of the Apothecaries' rose and Rosa-Mundi, a Portland rose, a Bourbon rose,  a hybrid Musk rose, a Moss rose and climbers that include a tea rose climber, and a hybrid-tea rose climber.  Nearly all of them have a strong scent to breathe in!

As we progress to more uncertain climatic conditions in the 21st century there are plants on view from the Mediterranean region, such as the Olive tree. With the future in mind, plans are also being made to introduce a bed with drought tolerant plants.
The other consideration we have is to make the garden as welcome for bees and insects as it is for people.  In the height of Summer there's certainly a buzz about the place!