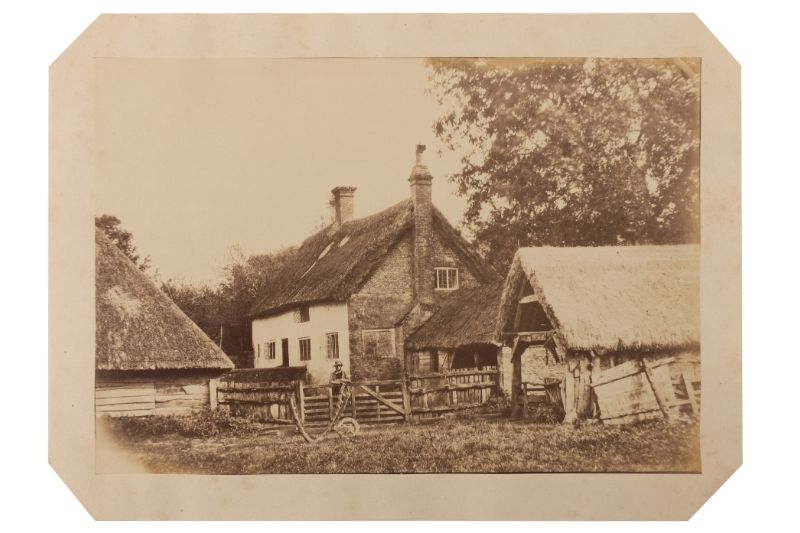 Blog exploring the artistry and science of Thomas Honywood's photography.

Across the world, the story of a photographic album has caught the public imagination. This remarkable object is packed with scenes of Victorian village life and numerous portraits of unknown people and places, all taken with great artistic flair and talent. Thomas Honywood, born in Horsham, West Sussex in 1819, took up the new art/science of photography applying a brilliant artistic eye and marrying it with scientific ingenuity. In doing so, he created images that compare with the best of Victorian photography as shown in the album coming up for sale at Chiswick auctions on 28th October. 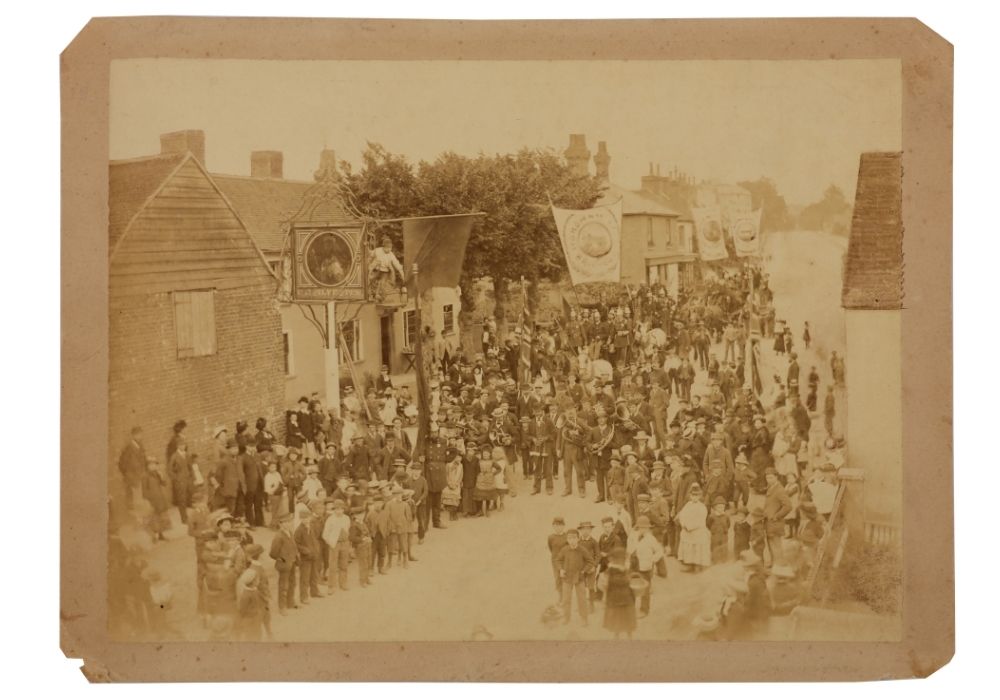 That is only part of his portfolio of images; in fact, he would probably have considered them less important, for to him his real pride and joy was his nature photography. He created a unique way of taking photographs, creating positive prints of nature. In doing so Honywood was awarded a patent, see below for the text. He then used his new process to print textiles, tiles, wallpaper and any manner of items with images of ferns, ice crystals, seaweed, spiders’ webs, and bird nests. The natural world was Honywood’s inspiration and he had fun experimenting. These experiments would lead to him receiving an award in an invention exhibition, and mounting stands at shows.  Horsham Museum and Art Gallery have a fantastic archive of Honywood’s creations that were acquired when his son sold the contents of Honywood’s personal museum in the late 1930s.

The textiles, with their striking images of ferns, are very current today. You see echoes of his creations in fabrics sold in leading design shops as the natural world captures people’s imagination. As these textiles show, it was the same over 150 years ago, when that natural world was seen as God’s work and was marvelled at accordingly. These natural designs went out of fashion as the modern, machine-led age took hold. Now the circle is turning and, importantly, the images are seen for their artistic merit, not just as a representation of nature. 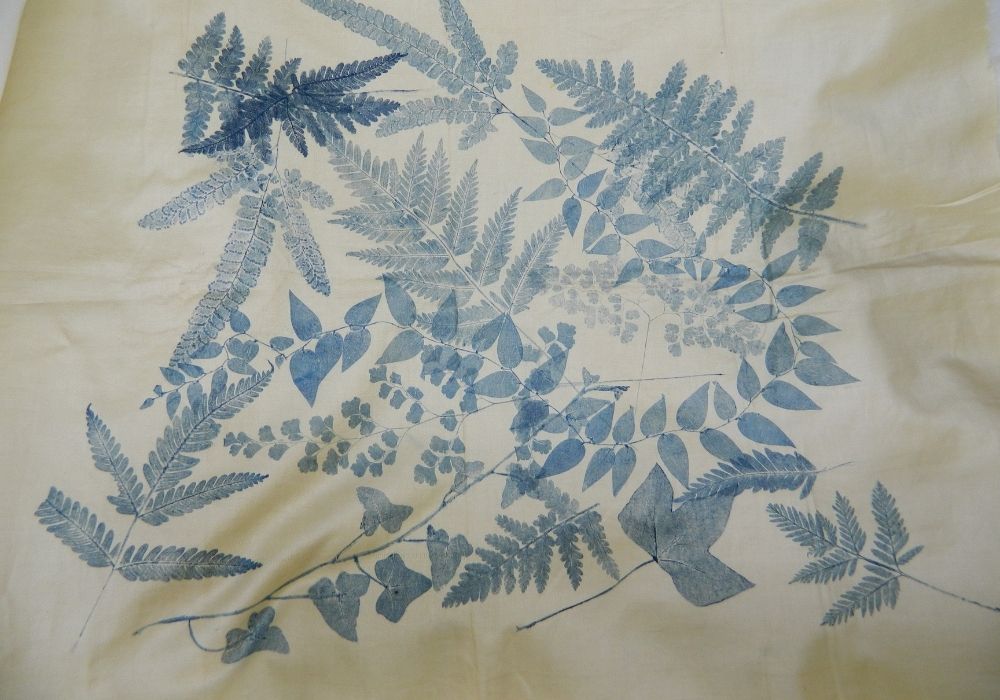 Thomas Honywood was not just a photographer par-excellence; he was also a powerful force for good in the ancient market town of Horsham and Sussex more widely.  He set up the town’s volunteer fire brigade, which lasted until 1911. The brigade had its own distinctive uniform of brass and silver helmets as well as its own hand drawn/horse drawn fire engine. Horsham’s volunteer fire brigade inspired other towns to follow suit. Such was its prestige that members had to be elected, such was its importance that the fire brigades across the county clubbed together and presented the brigade with a large oil painting, Thomas Honywood in his uniform. That painting, along with his fire engine, and a photograph he took of the procession marking the gift, are now in the Horsham District Council’s Horsham Museum and Art Gallery.

In his spare time Honywood developed property in the town, including improving the quality of the shops in West Street. In doing so, he unearthed the celebrated Horsham Hoard of medieval pottery, which he photographed and dispersed around the county. Going out into the Horsham countryside Honywood found prehistoric flints, which he instinctively knew were not the oldest nor the youngest found so far, so he thought of them as being middle-aged flints. In 1877 he described his idea thus, “this singular race of human beings may have had their existence at least 5,000 years ago” or as we call it today Mesolithic. He was the first person to describe and publish that idea. In celebration of that, the renowned 1930s archaeologist J. G. D. Clark described the Horsham culture as distinct Mesolithic working of flints that date back over 7,000 years, using the flints Honywood found. In 1845 he also sketched and surveyed the world’s first gaol (Horsham County Gaol), built to the designs of Howard, the great 18th century prison reformer, a skill that he inherited from his father, a surveyor. 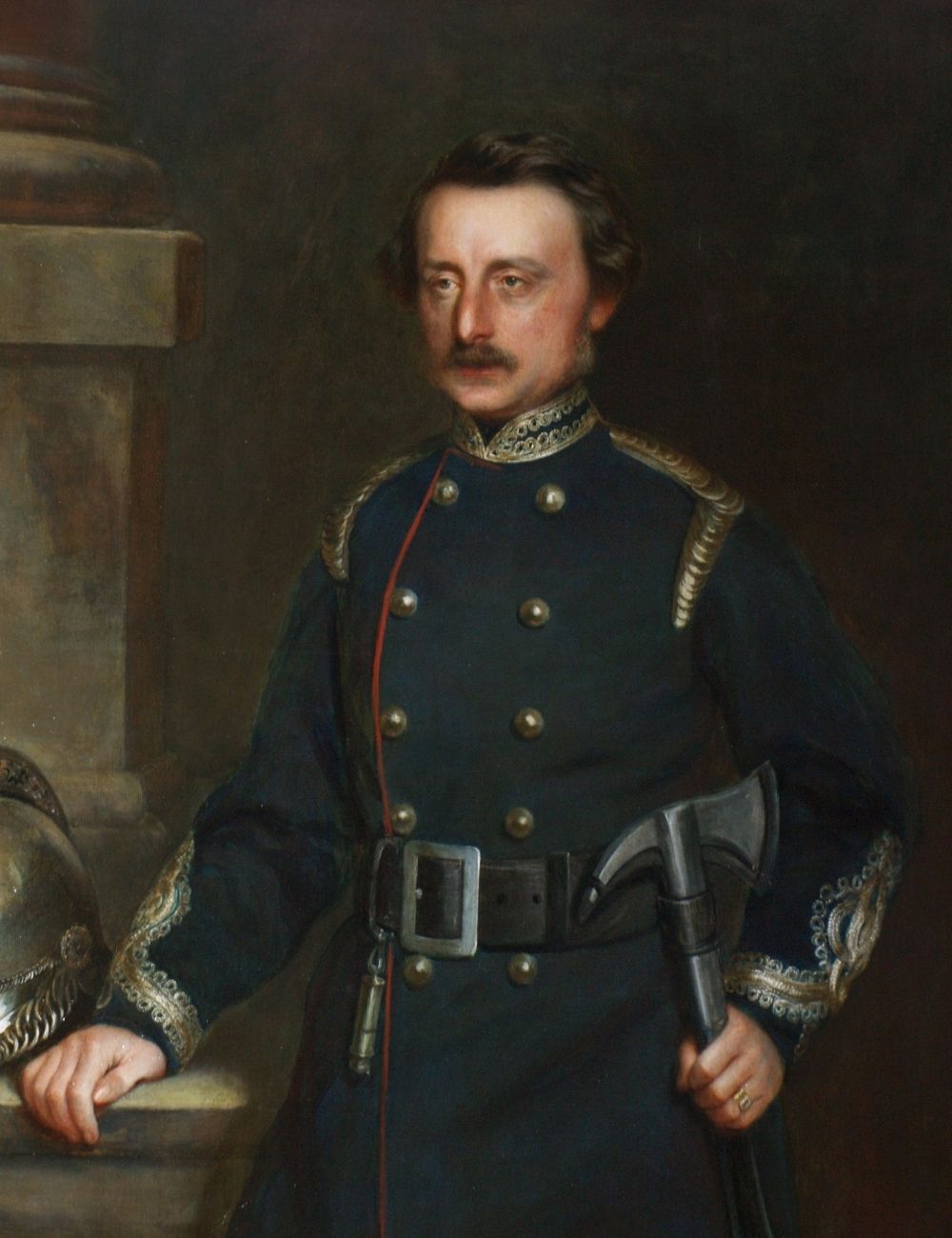 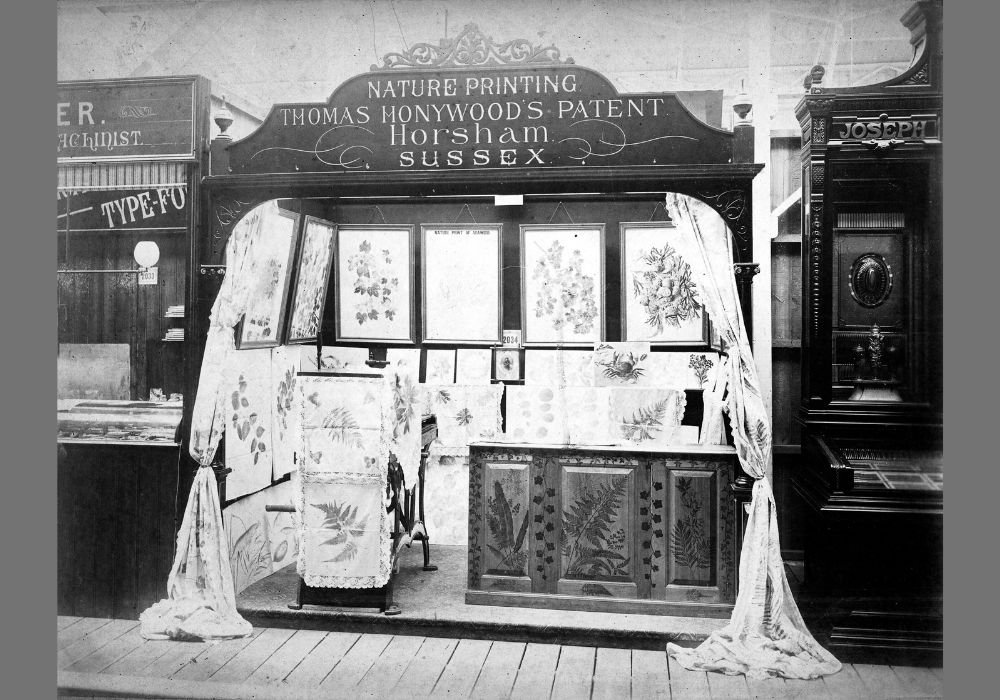 However, his photographic images perhaps most capture the imagination; street scenes, portraits and his images of the natural world printed on paper, textile, tile and card. The forthcoming auction has awoken the art and photographic market to the undoubted talent of Thomas Honywood. When the press move onto other stories Horsham Museum and Art Gallery, and the town and district of Horsham will have the stunning archive of Honywood material to continue to tell the story of this remarkable man.

On 18 February 1884, Honywood took out a patent for “improvements in Nature Printing”. The following year he had a stand at the International Inventions Exhibition held at the Royal Albert Hall, promoting his new process that allowed him to, in the words of his patent:

“obtain the nature prints, not only from flat surfaces, but also from such as may be convex or irregular or even of angular figure, and to produce an appearance of perspective projection and to combine prints of separate objects into one, so that I am able to introduce considerable design into such nature prints” (Patent No. 3531). 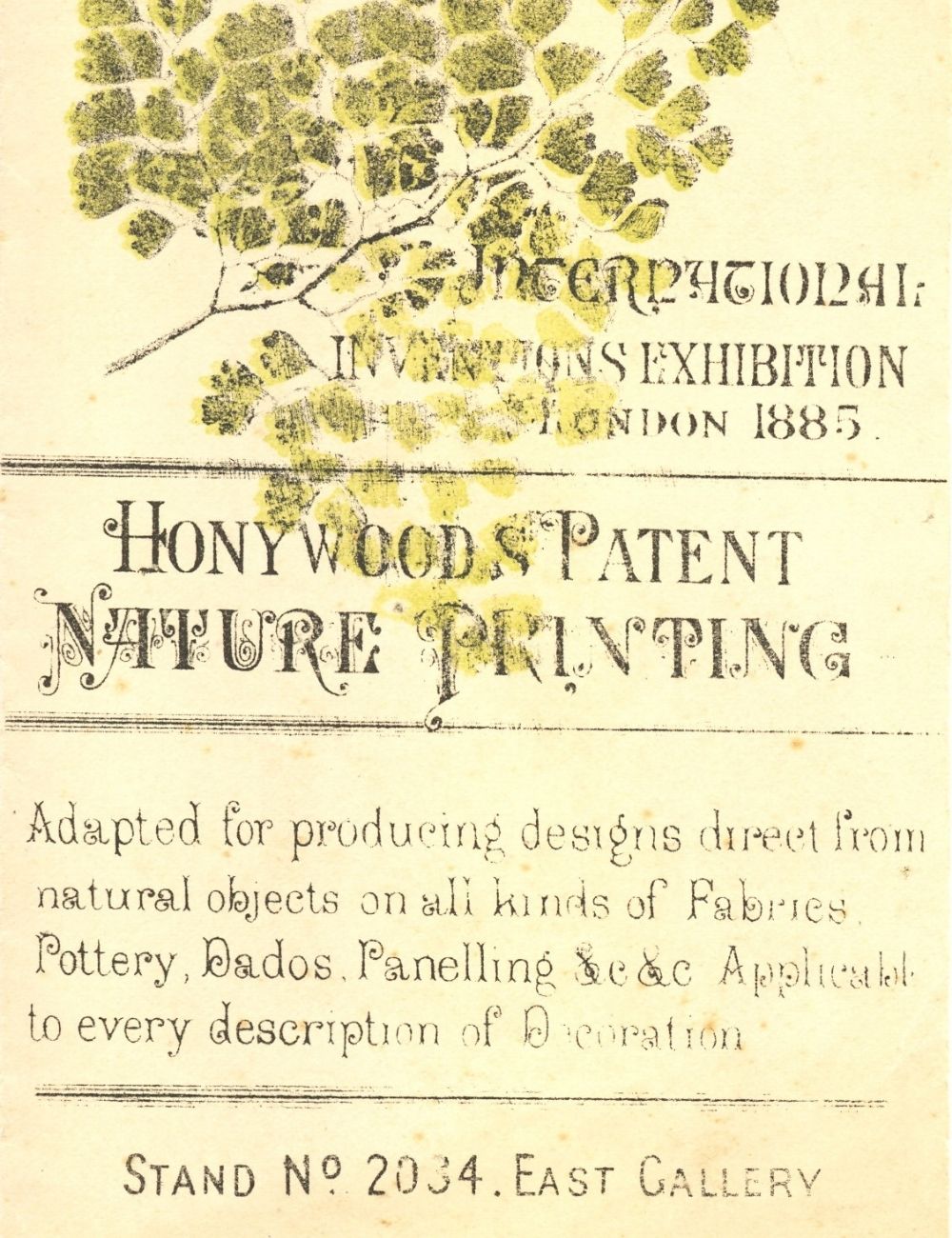 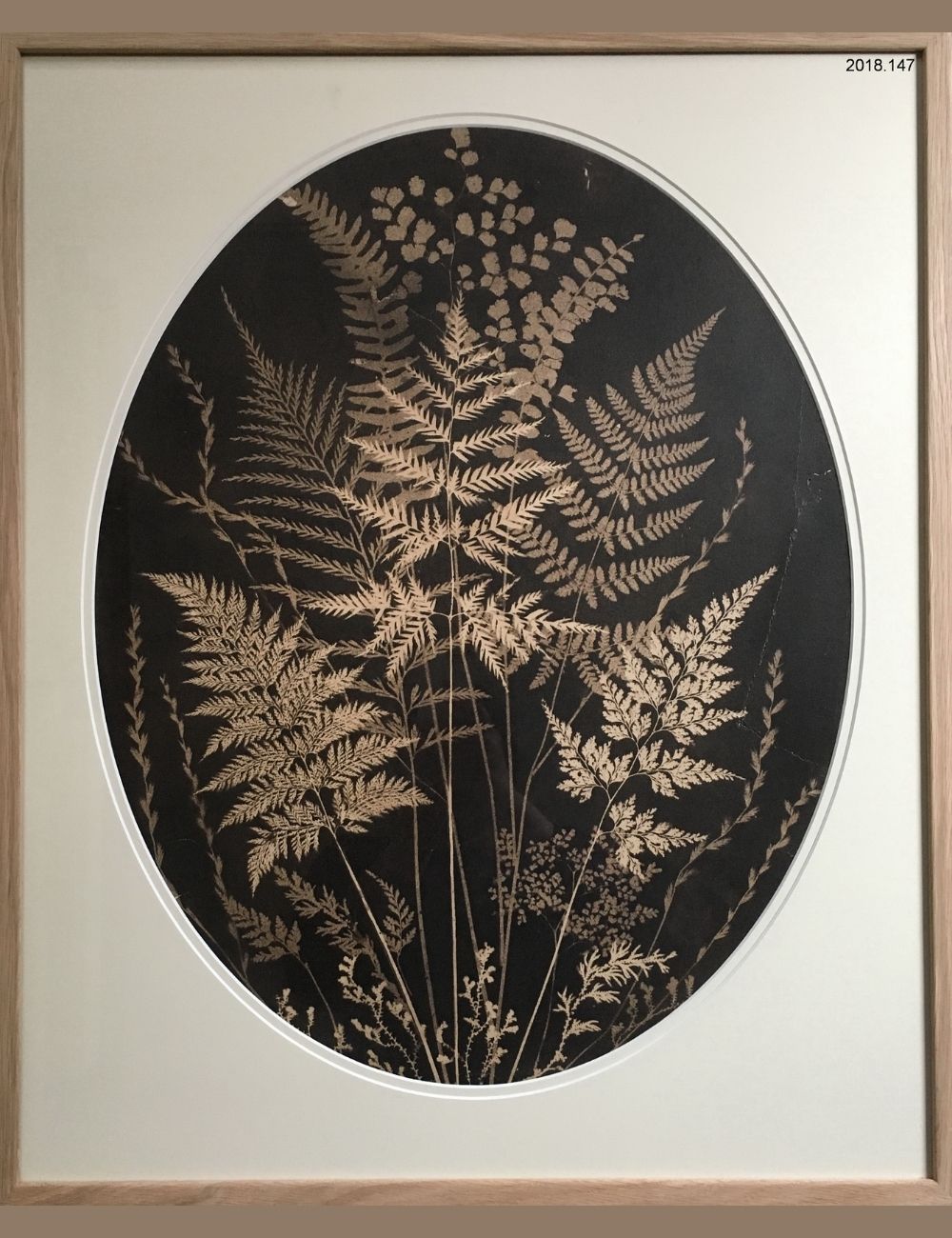