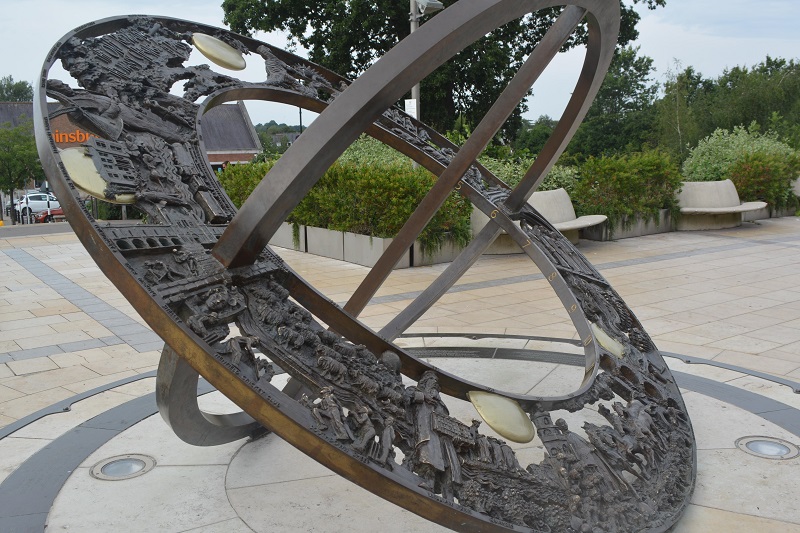 Poet's Corner in Horsham Park, across from Horsham Railway Station and bus stop.

Toilets: Public toilets in town by the Sundial, Forum, the cafe in the park and at Warnham Nature Reserve cafe.

Self guided cycling trail around 10km .  Please note that the trail is one way only, the safest route back to Horsham Park is in reverse.   Arun Cottage and Field Place (Shelley's birthplace just outside of Warnham) are private residences.

This trail has been updated in 2022, the 200 year anniversary of Shelley's death, and has been extended to Warnham.  The Horsham section of the trail is easy, off road, mostly along the Horsham Riverside Walk and family friendly.

Please note that the Riverside Walk sections are on some fairly narrow width shared user  path sections and cyclists must give priority to pedestrians. There are controlled road crossings over Worthing Road and a hazardous crossing over Warnham Road requiring due care.

This literary self-guided cycling trail around Horsham features places associated with Shelley and offers an insight into his thoughts and works.   You can sample his poetry and discover some of the places that influenced Shelley as a boy.

Videos to complement the marked stops

This is the text of Shelley’s first letter written just before his 11th birthday to his aunt Kate:

We have proposed a day at the pond next Wednesday, and if you will come tomorrow morning I would be much obliged
to you, and if you could anyhow bring Tom over to stay all the night, I would thank you. We are to have a cold dinner
over at the pond and come home to eat a bit of roast chicken and peas about nine o’clock. Mama depends upon you
bringing Tom over tomorrow, and if you don’t we shall be very much disappointed. Tell the bearer not to forget to bring
me a fairing, which is some ginger-bread, sweetmeat, hunting-nuts and a pocket book. Now I end.
I am not
Your obedient servant
P. B. Shelley