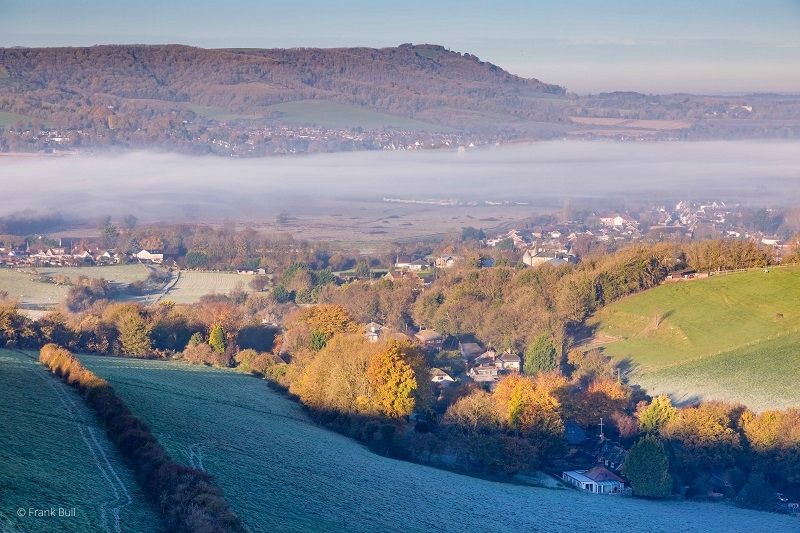 Toilets: The car park opposite The Castle Inn, Bramber, BN44 3WE.

Dogs: Please keep dogs on leads and clean mess up.

The section of the trail near the brooks can be wet and/or overgrown depending on recent weather. Deacons Way may be used as an alternative route from Pound Lane to St Peter’s Church.

Not far from Bramber Castle, Upper Beeding is a charming village that has much heritage of its own – from medieval salt making to providing refuge for fleeing nuns – making it an intriguing place to visit.

Beeding – as the village is known locally – is mentioned in the Domesday Book (1086) and formed part of the lands gifted by William the Conqueror to William de Braose, after the Norman Conquest in 1066.

Starting on the High Street, this circular trail takes you past cottages, farmhouses and a manor house from various historical periods and offers lovely views across The Brooks and the River Adur.

The following information will help you find out more about the heritage of the area you are exploring in the trail.

You may want to follow up the trail by reading Beeding, History of a Village (Beeding and Bramber Local History Society).