Each display area in our museum is called a gallery. Find out more about each gallery on this page so you can plan your visit.

There is no step-free access to the first floor and some steps are involved once you are upstairs. Please bear this in mind when planning your visit. 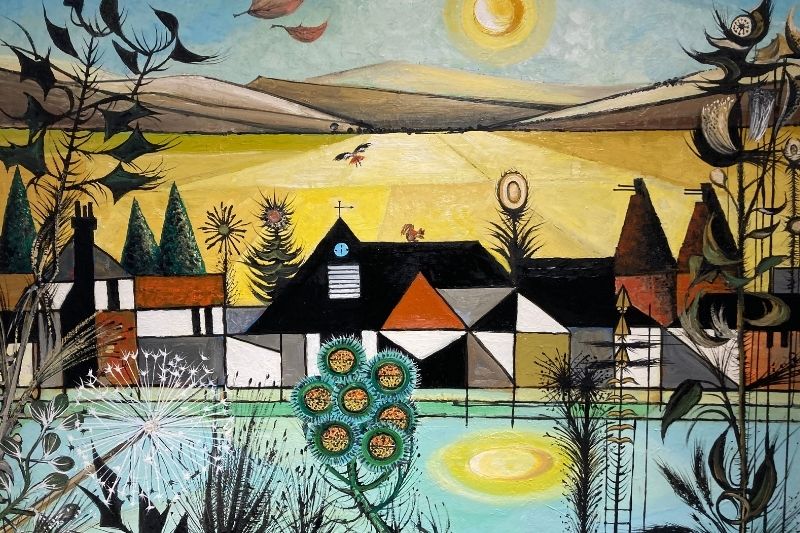 The Art Gallery is used to display work by local artists and we often run selling exhibitions so you can take a piece home with you. 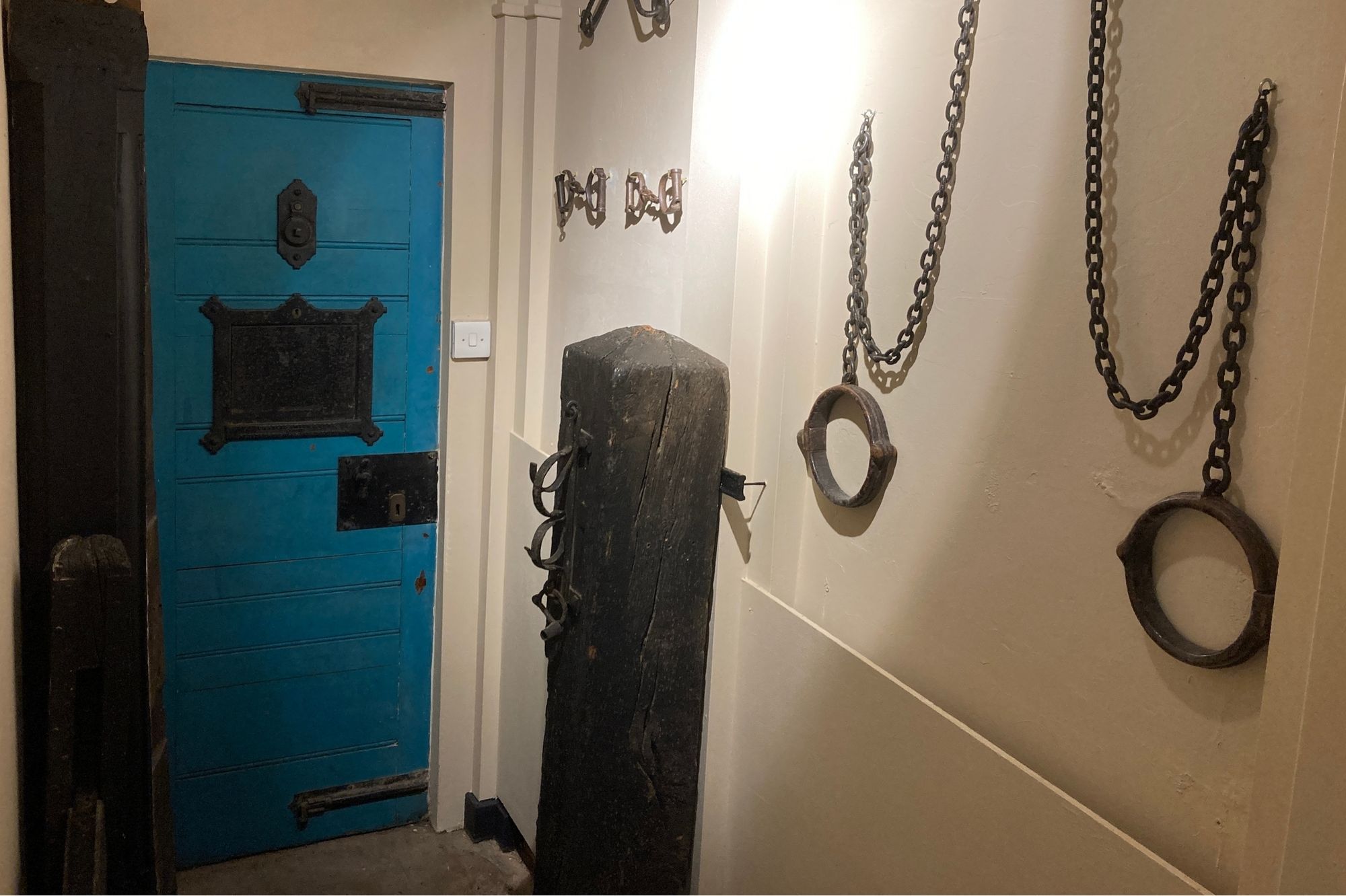 The world's first revolutionary gaol was built in Horsham in 1775. The display uses the original windows, door, padlock and keys from the gaol and is combined with crime and punishment stories from our archive. 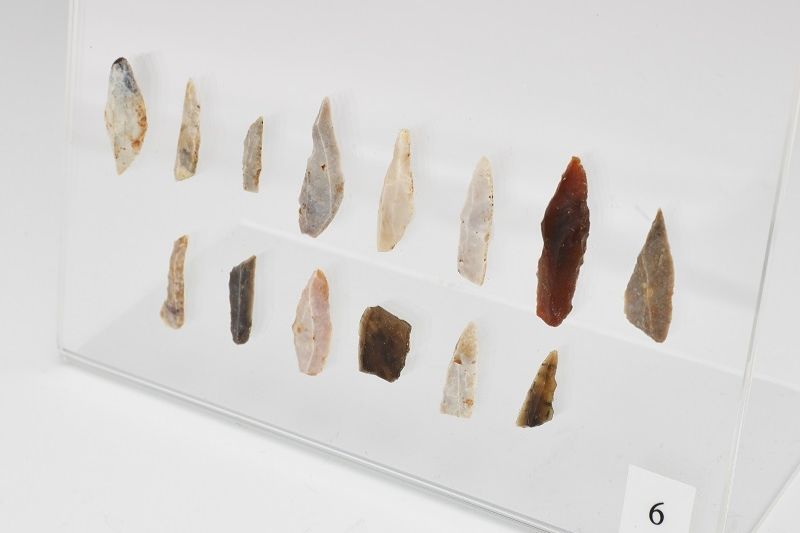 Explore the archaeological finds of the Horsham District including those of the Palaeolithic, Neolithic and Roman settlers.  Discover more about the prehistoric Chanctonbury Ring hill fort and see the bones of the Great Horsham Iguanodon . 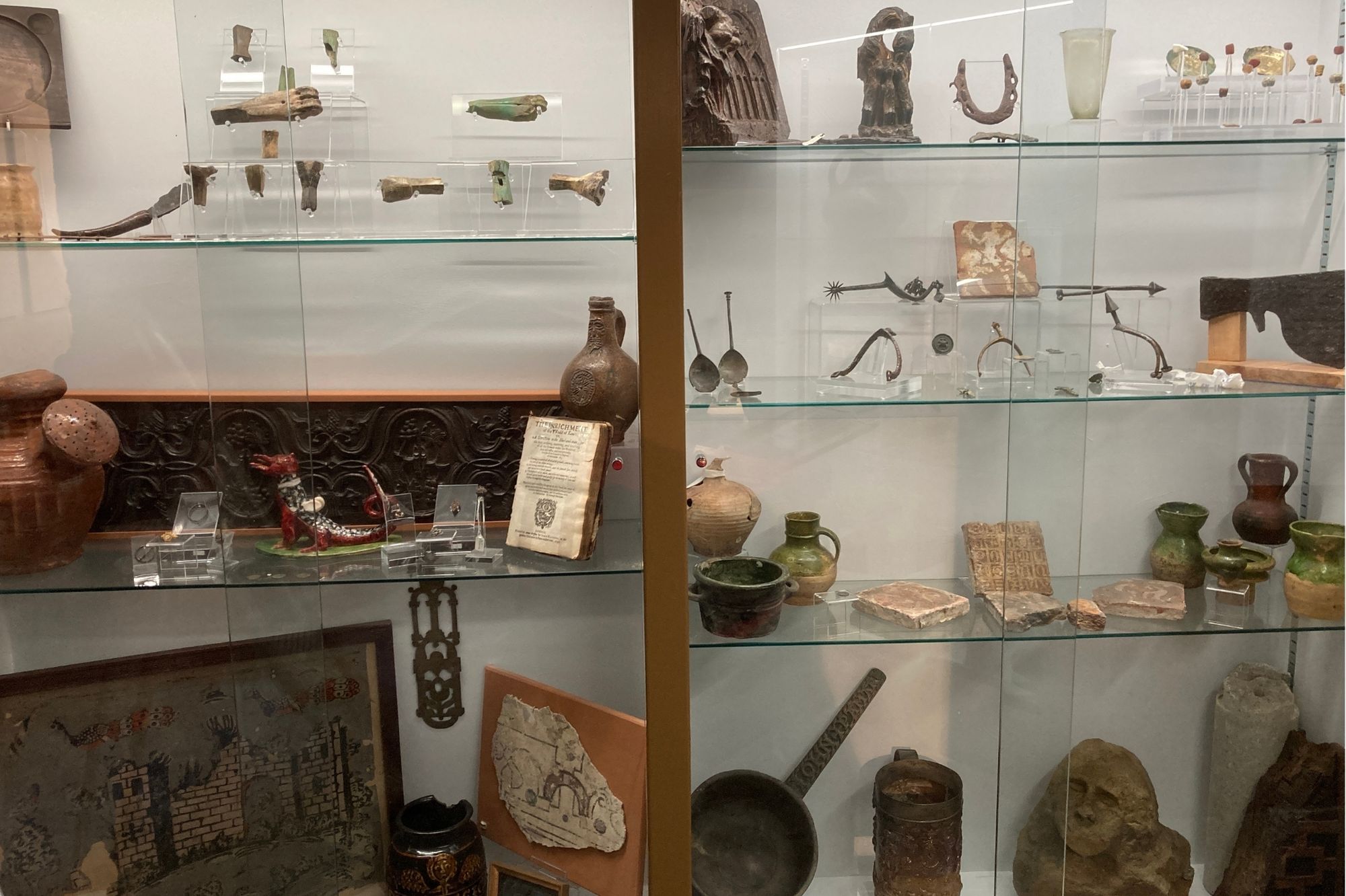 The medieval gallery showcases medieval items found in the district, including objects found within the Horsham Hoard which was discovered in West Street Horsham in 1867. 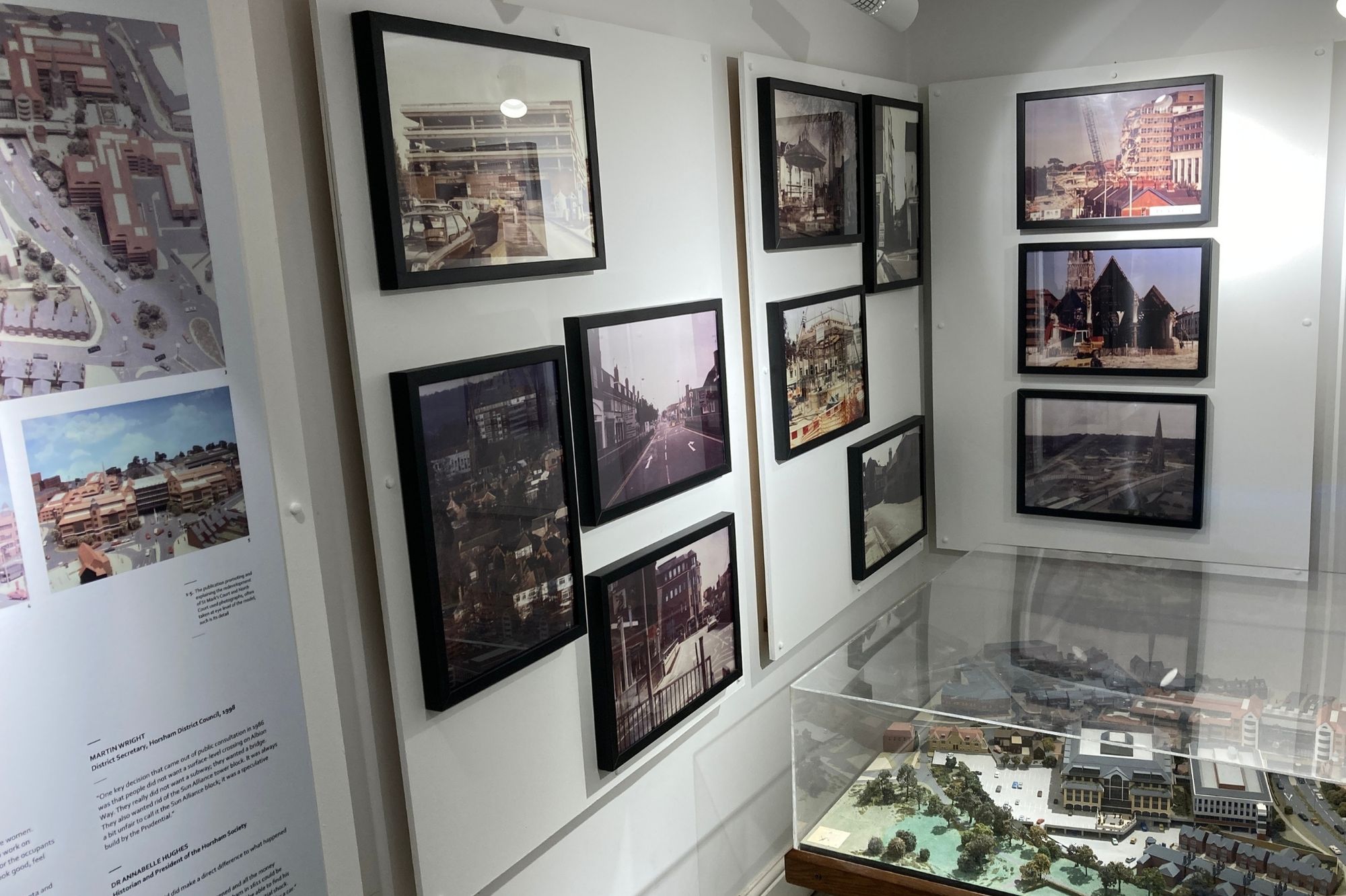 This room tells the story of the regeneration of Horsham District from 1988 to 1992.  On display are photographic images of the changes and an architects model. 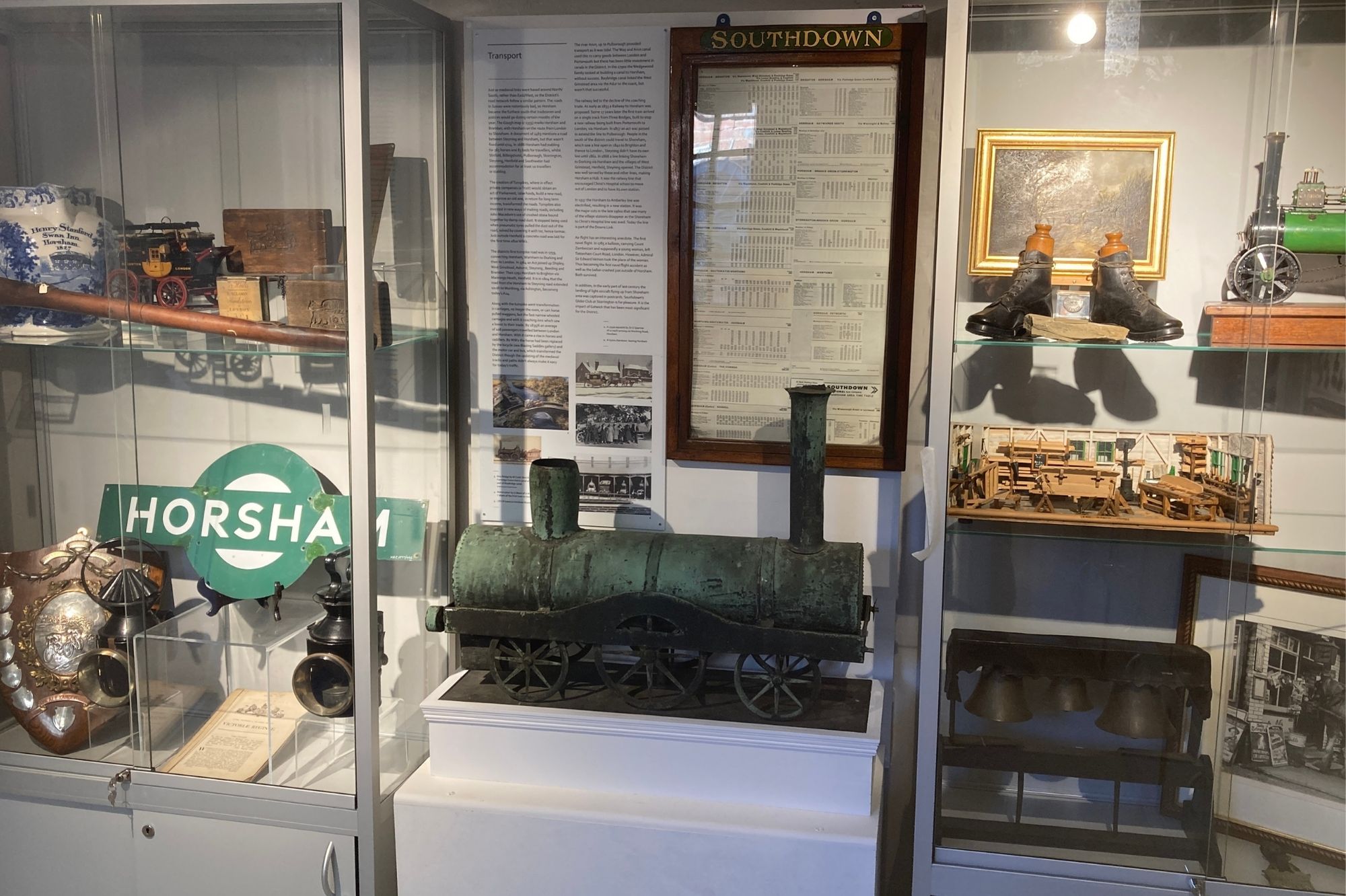 Covering the effects of the Industrial Revolution to the end of the Second World War, discover more about local industries like brewing and brickmaking and see artefacts relating to transport and the two world wars. 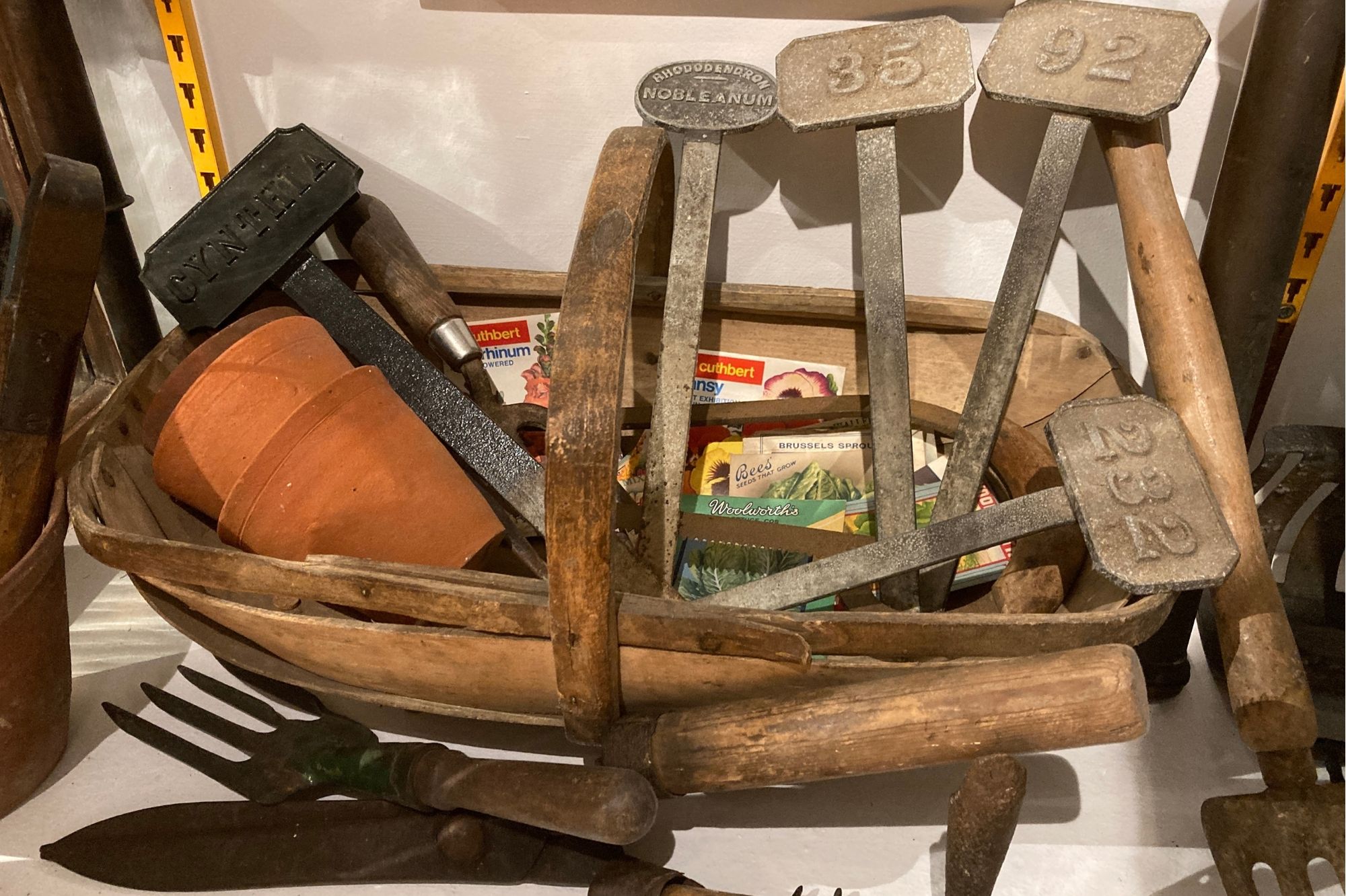 A gallery dedicated to local history including music, sport, gardening, photography and the Horsham Gingerbread.  Gingerbread with the original recipe can be bought from shops with the town today. 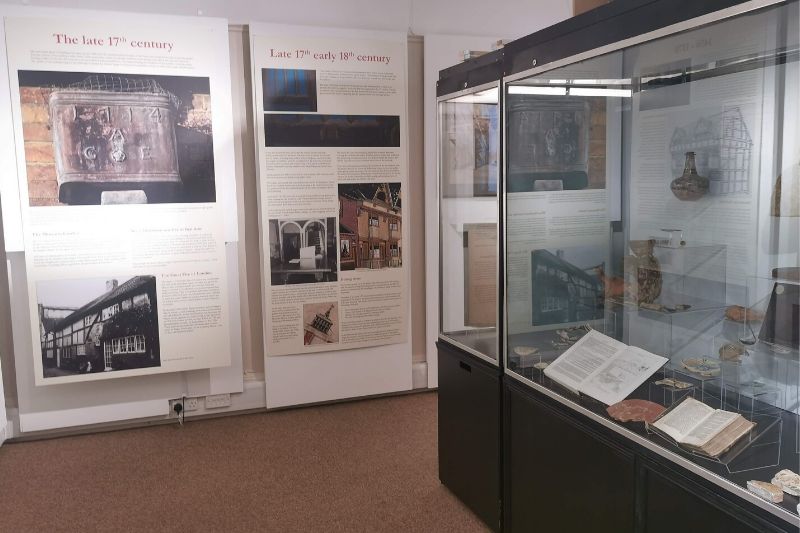 A space used for our ever-changing programme of temporary art, historical and cultural exhibitions. 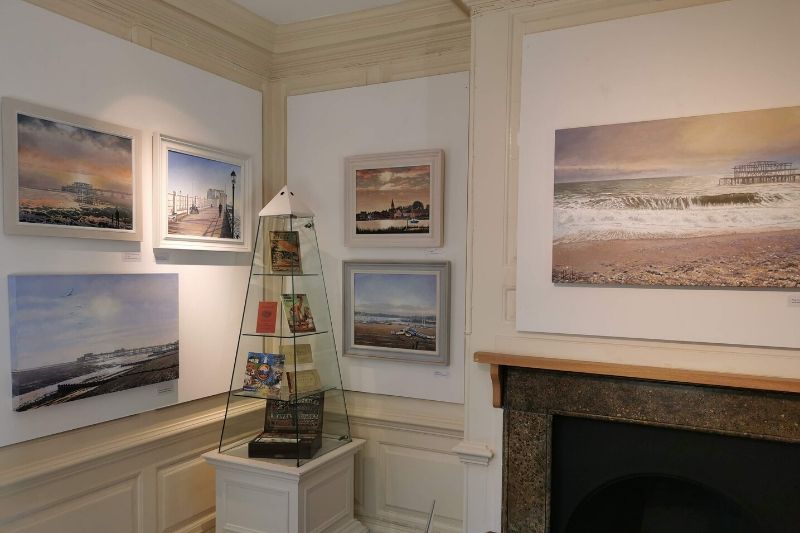 Housed in the museum’s late 17th-century panelled room, the Watercolour Gallery will showcase an ever-changing display of watercolours recently acquired by the Friends of Horsham Museum. 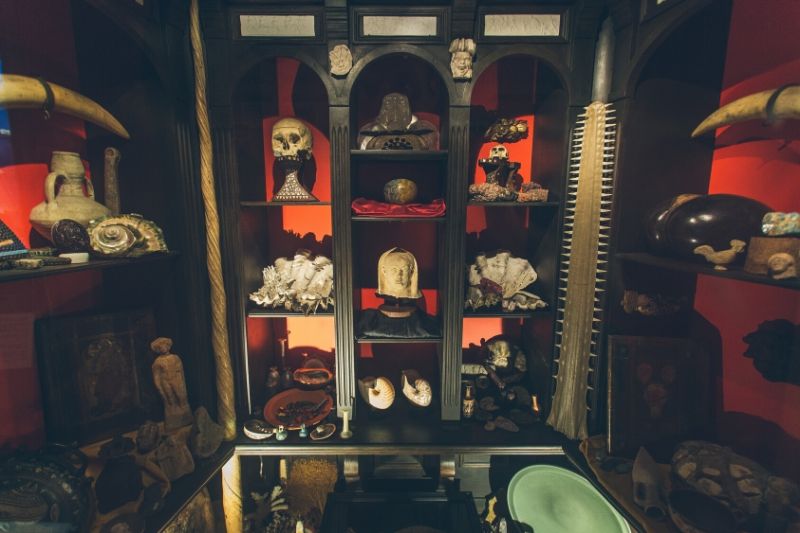 Cabinets of Curiosity were the forerunners of museums. They were the personal collections of wealthy owners and they eventually developed into museums as we know them today. On display is ours there is a narwhal horn (or is it a unicorn horn?); finds from Latin America; Roman and Egyptian objects; and archaeological finds which would have been mysterious to people in the 16th century. 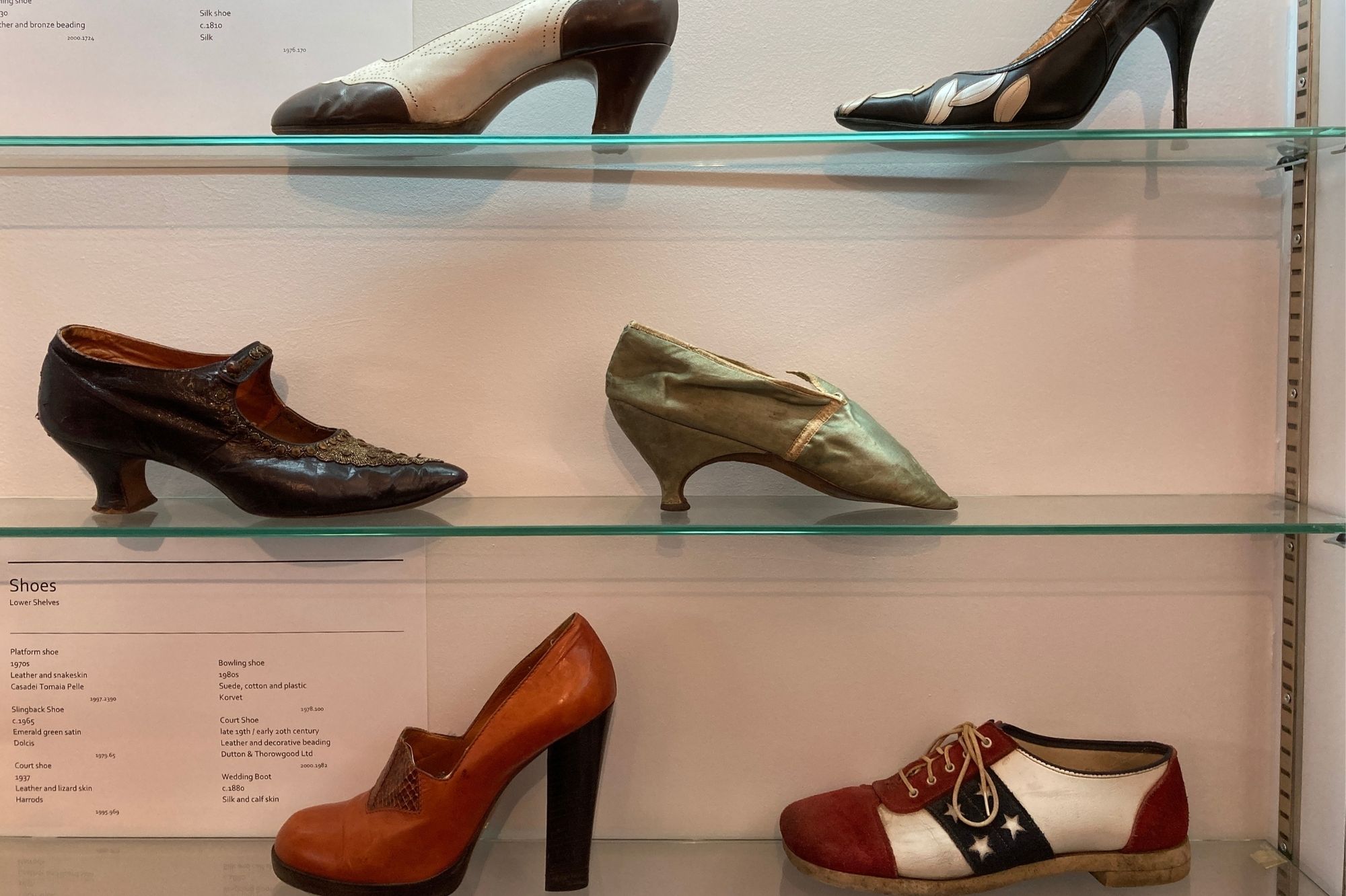 The Horsham Museum collection contains over 3,000 garments dating from the 1670s all the way up to 2000. It's a real treasure trove of outfits and accessories and the Costume Gallery showcases a changing selection of the collection. 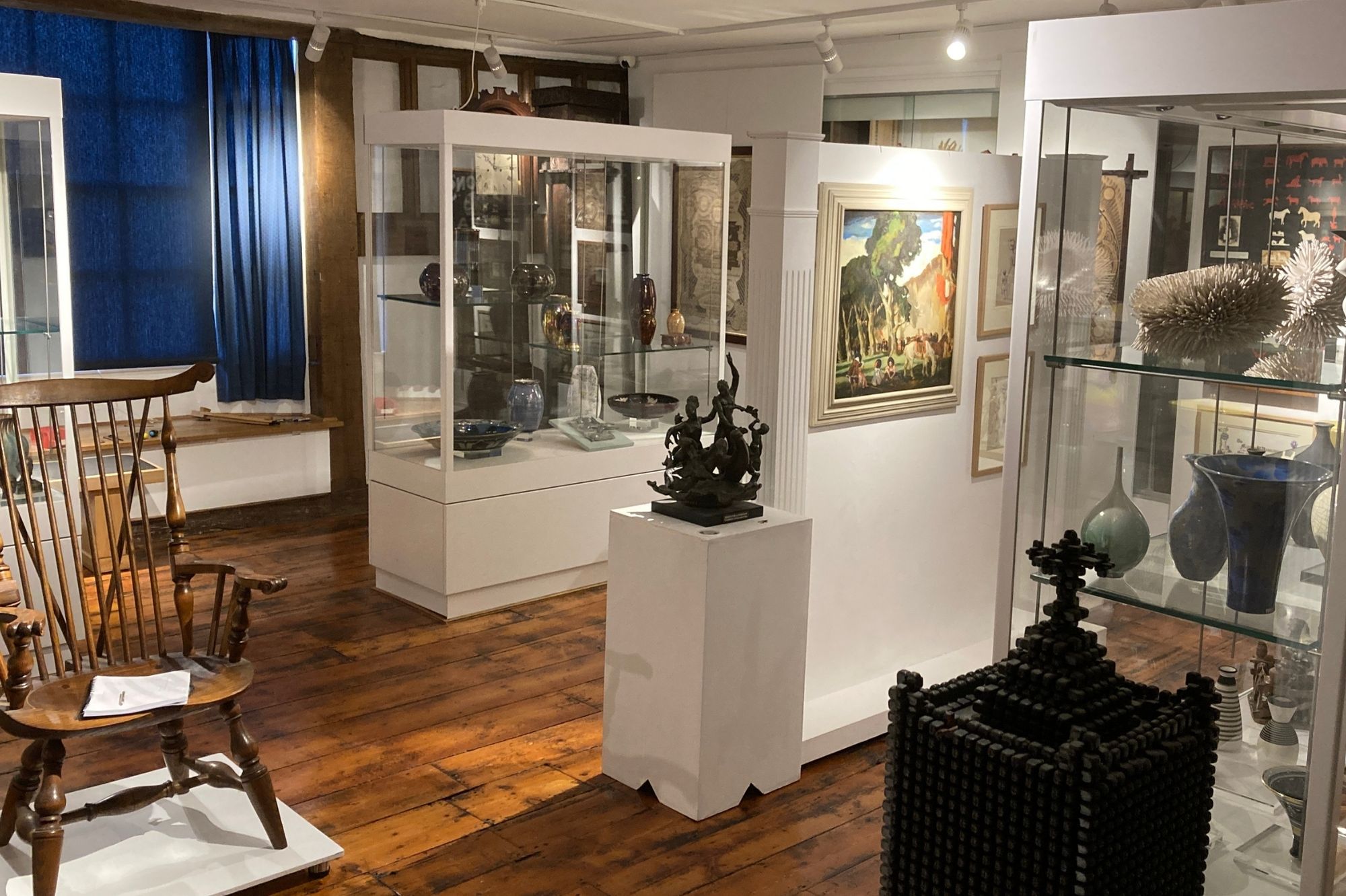 The Craft gallery features a changing programme of work by some of the best of the District's craftspeople, including ceramics, glassware, tapestries and woodworking. This gallery also features a collection of Horsham's long case, or 'grandfather,' clocks. 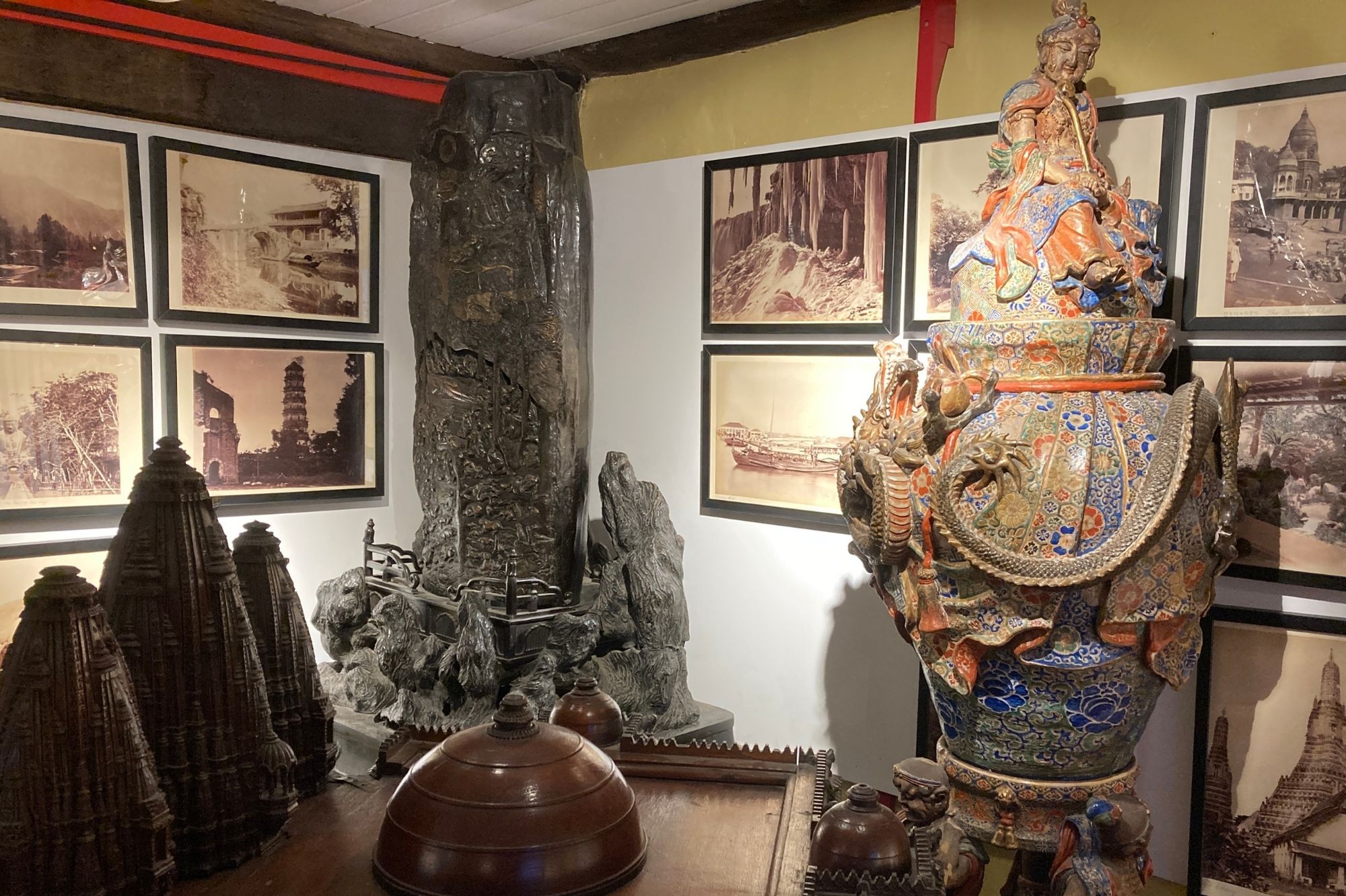 This gallery features objects collected from Horsham residents travels.  The staircase and walls display images of Asia, Europe and the United States taken in the 1860s and 1870s. 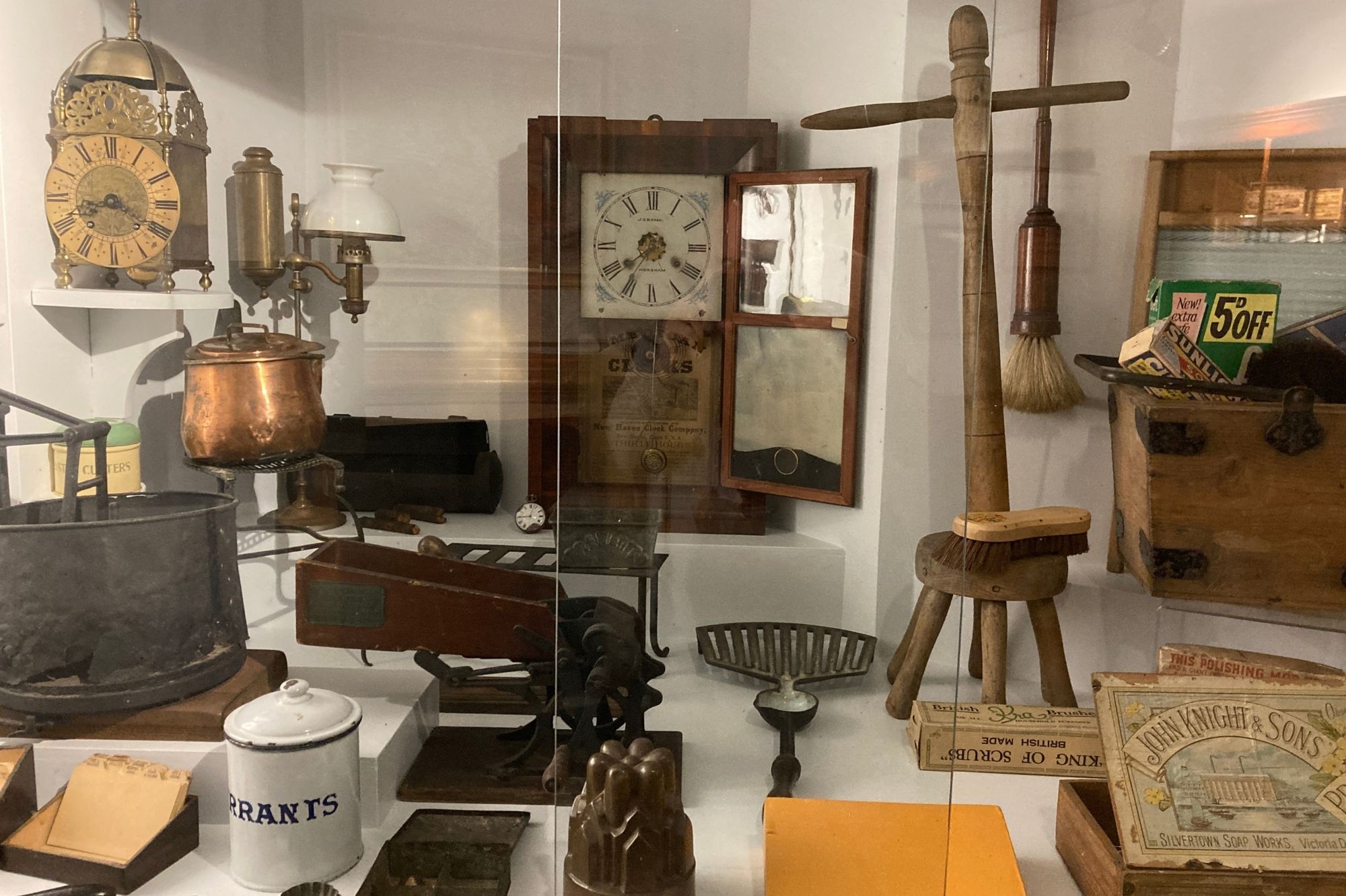 The Domestic Life Gallery contains objects related to Domestic Life in the District from toys and games to house hold tools and equipment. 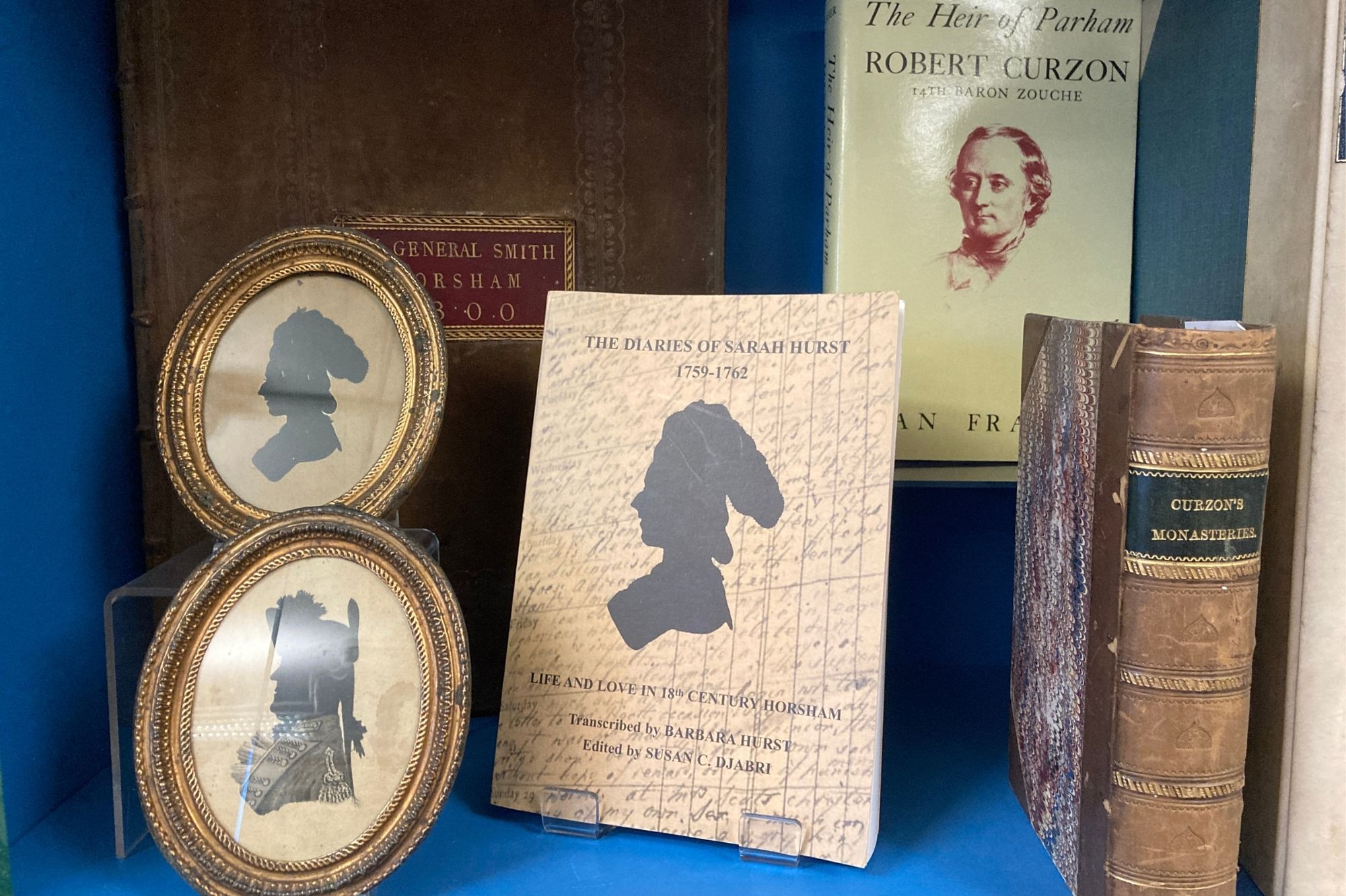 Horsham has had many residents who have contributed to the world of literature.  The gallery contains books, manuscripts and ephemera related to Horsham's current and past links to the written word. 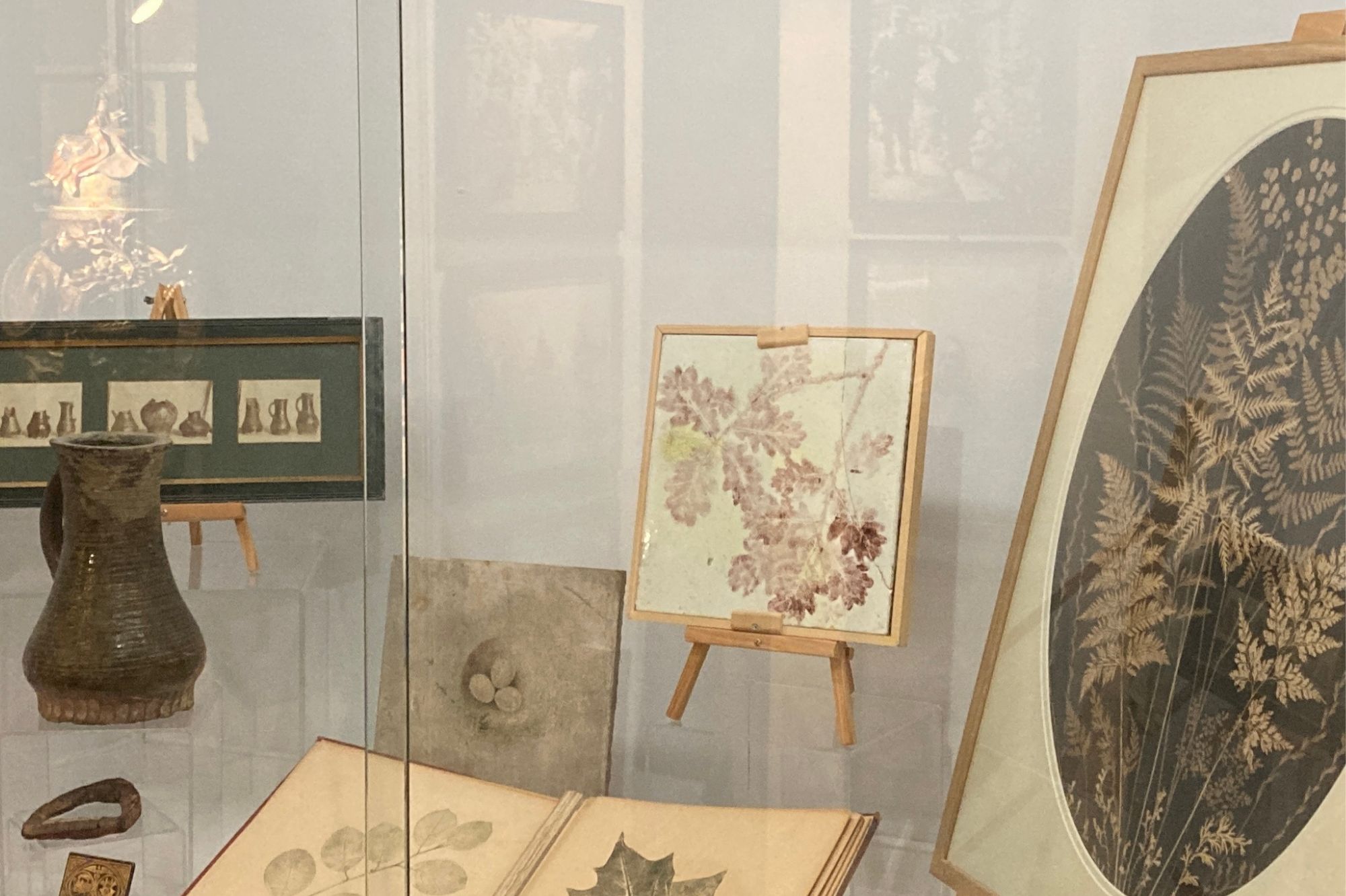 Captain Thomas Honywood was one of the most notable of Horsham's Victorian residents.  An inventor, photographer, archaeologist and Captain of the Horsham Volunteer Fire Brigade the gallery explores his contribution to Horsham society in the 19th century. 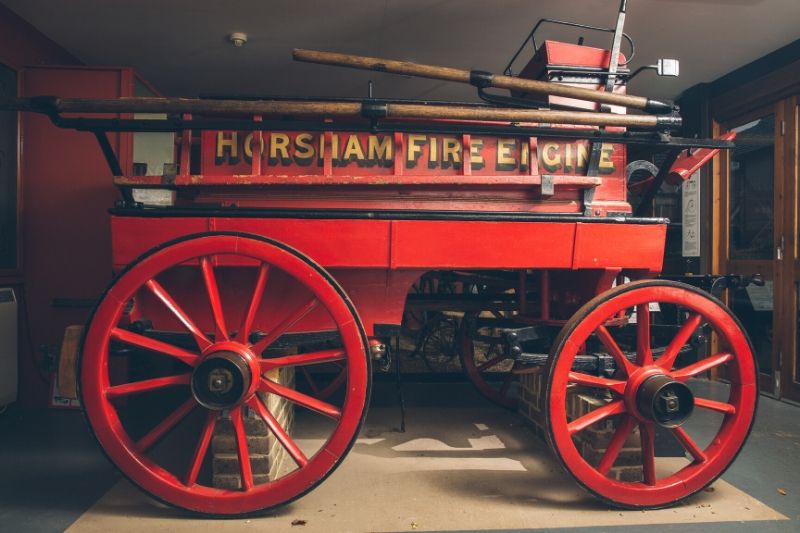 The centrepiece of this display is the 1868 Shand Fire Engine, one of two fire engines used in Horsham in the Victorian era. Along with the engine you will discover fire helmets, axes and other items used by the fire service.

The Museum holds a notable collection of early bicycles such as a 'Boneshaker,' an 'Ordinary,' best known as the 'Penny Farthing,' and a replica of the celebrated 'Hen and Chicken,' or 'Pentacycle,' designed by Horsham architect, Edward Burstow. In all there are over 15 bicycles on display. 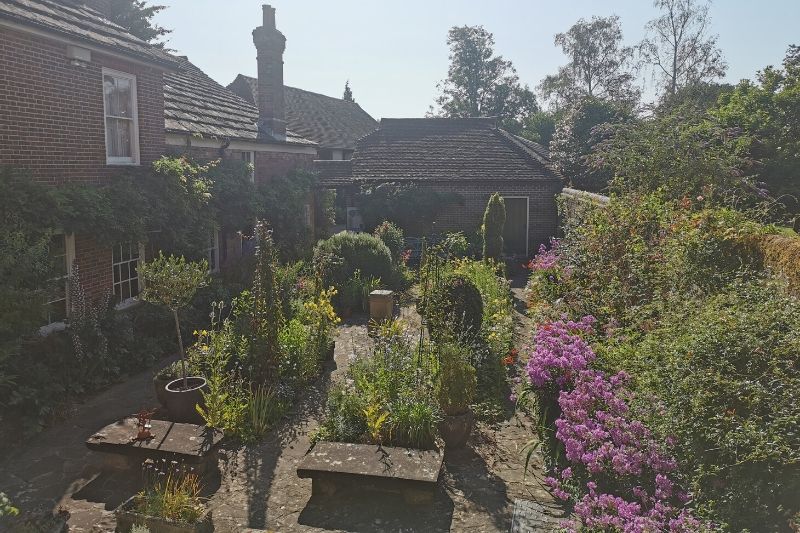 The museum garden is a lovely quiet spot for reflection and comes into its own in spring and summer when all manner of colourful plants brighten up the space.

Items from the Museum's collections displayed in the garden include two local milestones used as a seat, two parish boundary stones, a bronze by J G Millais, a lead pump, three stone sinks, two stone food preparation slabs, the plinth of the sundial and the cauldron. Stone pots and the sundial plate are modern.